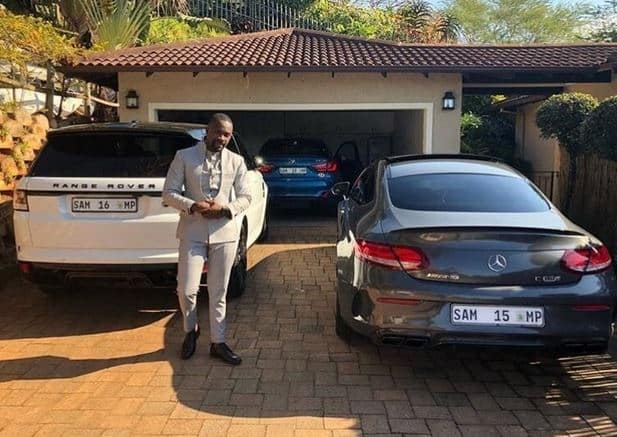 The victim suffered a fatal shot to the head and at least two to the chest.
‌
Various sources within Sam Holdings group confirmed to SA Trucker that Sam Mshengu’s right-hand man, whose name has been supplied to SA Trucker, was killed after unknown men shot at him 8 times.

The victim’s identity may not be made public as yet.

The twenty-something Sam “Mshengu” Chabalala, who owns trucking company Sam Holdings, was admitted to hospital in Emalahleni on Monday night following his arrest, complaining about “stomach complications” in what reports said might have been food poisoning or just stress.

There had overnight been reports circulating on Twitter that his manager was murdered in a “hail of bullets”, with many social media users speculating on what the possible reasons might be.

SA Trucker was not able to obtain official police comment as yet.

Meanwhile, Mshengu is appearing in court today for a formal bail hearing.

Read Also: All the developments on Sam Holdings saga

Mshengu was nabbed at a restaurant at Emalahleni’s Highveld Mall after an alleged attempt to pay home affairs officials R40,000 “to destroy reports of a fraudulently obtained South African identity document against him”, said the Hawks.

The Hawks’ Serious Commercial Crimes Investigation unit swooped on him shortly afterwards and found an unlicensed firearm in his vehicle, a green Mercedes-Benz, one of many luxury cars he owns.

On Monday, there was a fair bit of drama outside court when supporters arrived in a fleet of flashy cars to support him.

An investigation of Chabalala’s citizenship status had earlier been initiated by the department of home affairs, with reports suggesting that he is actually from Zimbabwe and may have allegedly obtained his South African citizenship illegally. The Hawks, however, are apparently still trying to ascertain where he really comes from.

The death and burial of Dryton Mpofu, who was a Sabot Transport…