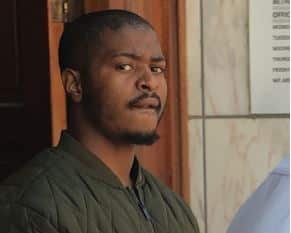 Sam Mshengu allegedly captured on CCTV with his manager’s killer

The 23-year-old Nkosi appeared for his bail hearing at the Bethal Magistrates Court on Thursday.

The case will be back in court on Monday 23 September.

The incident happened around 20h00 at one of Sam Holdings truck depot in Bethal.

Nkosi was arrested by the Hawks while he was hiding in Tshwane after he was allegedly paid R100 000 together with his co-accused who is still on the run.

Nkosi and his partner, were allegedly seen with Sam Chabalala and a female suspect on the hospital’s CCTV before Ngcogco’s death where Chabalala was admitted allegedly for food poisoning.

Earlier this week the sources revealed the Hawks are still working on linking Sam Chabalala with the murder of Ngcogco.

Ngcogco was allegedly shot eight times while he was on duty.

His murder came days after he gave the Hawks an affidavit relating to an investigation about Chabalala.

A source close to the investigation also claims that there are eye witnesses who saw the murder but were not reachable at the moment.

The source further said the accused is not kept in jail but in a secret place as he is important in this murder case.

Chabalala was arrested on 6 September by the Hawks at the Highveld mall.

He is currently out on R200 000 bail facing fraud, corruption, contravention of immigration act, unlicensed firearm and ammunition.

Chabalala might also be charged with another case of corruption after a complainant opened a case of missing documents against him.

Mshengu as he is popularly known made headlines when he led a convoy of 72 luxurious cars to the Durban July event this year.

Mpumalanga Hawks spokeswoman said they are still busy with the investigations and that the other suspect has not being arrested yet.

The case will be heard again on Monday. This website uses cookies to improve your experience while you navigate through the website. Out of these, the cookies that are categorized as necessary are stored on your browser as they are essential for the working of basic functionalities of the website. We also use third-party cookies that help us analyze and understand how you use this website. These cookies will be stored in your browser only with your consent. You also have the option to opt-out of these cookies. But opting out of some of these cookies may affect your browsing experience.
Necessary Always Enabled
Necessary cookies are absolutely essential for the website to function properly. These cookies ensure basic functionalities and security features of the website, anonymously.
Functional
Functional cookies help to perform certain functionalities like sharing the content of the website on social media platforms, collect feedbacks, and other third-party features.
Performance
Performance cookies are used to understand and analyze the key performance indexes of the website which helps in delivering a better user experience for the visitors.
Analytics
Analytical cookies are used to understand how visitors interact with the website. These cookies help provide information on metrics the number of visitors, bounce rate, traffic source, etc.
Advertisement
Advertisement cookies are used to provide visitors with relevant ads and marketing campaigns. These cookies track visitors across websites and collect information to provide customized ads.
Others
Other uncategorized cookies are those that are being analyzed and have not been classified into a category as yet.
SAVE & ACCEPT
Total
1K
Share
1K
0
0
0
0