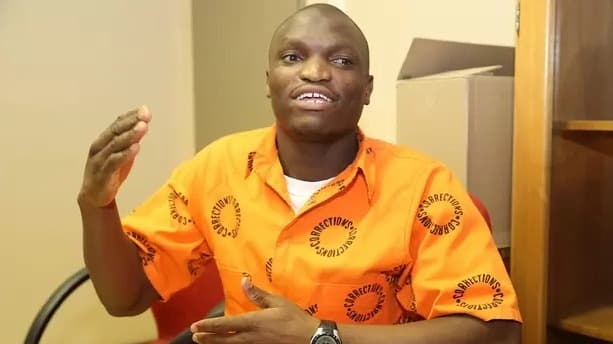 Sanele May deported soon after release from prison

Durban – Sanele May, the truck driver in the horror Fields Hill crash that killed 24 people has been deported back to Swaziland, his country of origin.

May was deported soon after he was released from Umzinto prison having spent 8 years behind bars, Daily News reported.

His supporters – members of the Sanele May Support Group on Facebook – made the information public on Wednesday.

May was released on December 27, after recommendations by the parole board.

A source said May was handed over to the Home Affairs deportation unit on the day of his release and the deportation process started.

The fact that May was deported did not dampen the joy of his supporters.

Peach Piche, administrator of the support group, said May was released from the Umzinto prison and held at Scottburgh before being transferred to Port Shepstone.

She thanked all May’s well-wishers and those who had visited him in prison while he served his sentence.

“The families (of the victims) are also constantly in our thoughts and we wish them continuous healing as they hold on to the beautiful memories of loved ones who were taken too soon.

“This is the end of what has been a very challenging chapter and it’s time for Sanele to write a new one. We are very aware that the families have suffered a lot, but it needs to be remembered that this was not murder. Sanele was also a victim in this situation and he served his time,” Piche said.

Mother-of-two Ntombi Duma survived the accident with head injuries leading to deafness in one ear.

Duma told the Daily News yesterday she had no hard feelings towards May as she had learnt to live with her injuries.

She said she was trying to forget that fateful day when 24 people around her died when the brakes of the Sagekal Logistics truck driven by May failed, and ploughed into several vehicles.

“This has the potential to open up old wounds for some because families lost mothers and fathers while others lost children and breadwinners.”

May had spent 14 months at Westville Prison before being sentenced in the Durban High Court in 2014 to eight years behind bars.

He had pleaded guilty to 31 charges that included 24 counts of culpable homicide, fraud and being in possession of a fake certificate and public driving permit.

Theasen Pillay, a lawyer for Gregory Govender, the owner of Sagekal Logistics, said his client had no ill feelings towards May.

“My client has lost all his trucks and had a debt of over R20 million after the accident and court proceedings. After wrapping up his trial, he restarted his business on a much smaller scale,” said Pillay.

This website uses cookies to improve your experience while you navigate through the website. Out of these, the cookies that are categorized as necessary are stored on your browser as they are essential for the working of basic functionalities of the website. We also use third-party cookies that help us analyze and understand how you use this website. These cookies will be stored in your browser only with your consent. You also have the option to opt-out of these cookies. But opting out of some of these cookies may affect your browsing experience.
Necessary Always Enabled
Necessary cookies are absolutely essential for the website to function properly. These cookies ensure basic functionalities and security features of the website, anonymously.
Functional
Functional cookies help to perform certain functionalities like sharing the content of the website on social media platforms, collect feedbacks, and other third-party features.
Performance
Performance cookies are used to understand and analyze the key performance indexes of the website which helps in delivering a better user experience for the visitors.
Analytics
Analytical cookies are used to understand how visitors interact with the website. These cookies help provide information on metrics the number of visitors, bounce rate, traffic source, etc.
Advertisement
Advertisement cookies are used to provide visitors with relevant ads and marketing campaigns. These cookies track visitors across websites and collect information to provide customized ads.
Others
Other uncategorized cookies are those that are being analyzed and have not been classified into a category as yet.
SAVE & ACCEPT
Total
25
Share
25
0
0
0
0