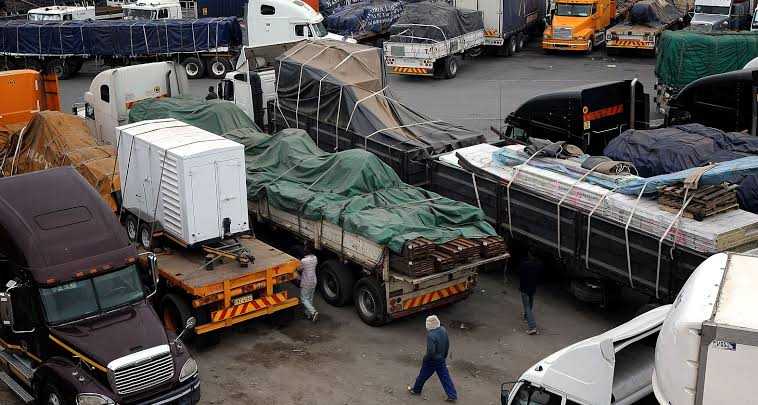 After weeks of long delays at the Beitbridge border post, South African Revenue Authority (SARS) has suspended the use of the CN2 gate pass as of the 8th of November.

The move to discontinue the CN2 was introduced to expedite cargo movement through the border post. Additional lanes were also opened to allow free movement of the trucks.

“With the current backlog of traffic at the border, SARS has been in discussions with other government agencies at the border post and Zimbabwe Revenue Authority (ZIMRA),” Beitbridge customs manager Colbert Mbuyane said.

He said discussions at both regional and national level were ongoing to improve efficiency at the busiest border post in the Southern African region.

Shedding more light on the CN2 decision, Mbuyane said: “The CN2 has been used for some years as a gate pass document. Whenever a truck carrying cargo arrives at the port of entry, a CN2 document is printed, displaying the number of consignments in the truck.

The driver then proceeds to Immigration control where he presents the CN2, before approaching the exit gate to be marked for exit from the port.

“However, with the current increase in cargo volumes, particularly on the exit side, the printing of CN2 documents contributes to delays in moving trucks through the port.”

Mbuyane added that it’s expected that without the CN2 requirement, it “would greatly improve the flow of cargo trucks through the port and thus reduce turnaround times”.

He also explained that “the printing of the CN2 also prevents the port from introducing multiple channels to mark trucks for arrival and exit because each channel would require installation of a technical infrastructure before the process can be followed.

“The discontinuation of CN2 printing would thus make it easy to add multiple channels to process trucks during high volume situations, which would then clear truck queues quicker.

Truck drivers have long suggested that the CN2 be dropped but it fell on deaf SARS ears.

Truck drivers who spoke to SA Trucker were optimistic that the CN2 discontinuation would help clear backlogs which have dogged the port for long.

Mbuyane said although the temporary CN2 decision only applies to Beitbridge, “a decision will be made on its permanent discontinuation in the near future.

Interestingly, he emphasised that “as the CN2 is not a legal document or requirement, customs clients can use their Cusres 42 (the “marked for exit” message) as proof of export if they need a document to acquit and effect payment amongst the supply chain role-players.”

For the past three weeks north bound lane has been heavily congested with the queue at some stage reaching as far as Musina.

Transnet Port Terminals website is down after it has allegedly been hacked.…
Are you thinking of starting a trucking business? Or you already own…