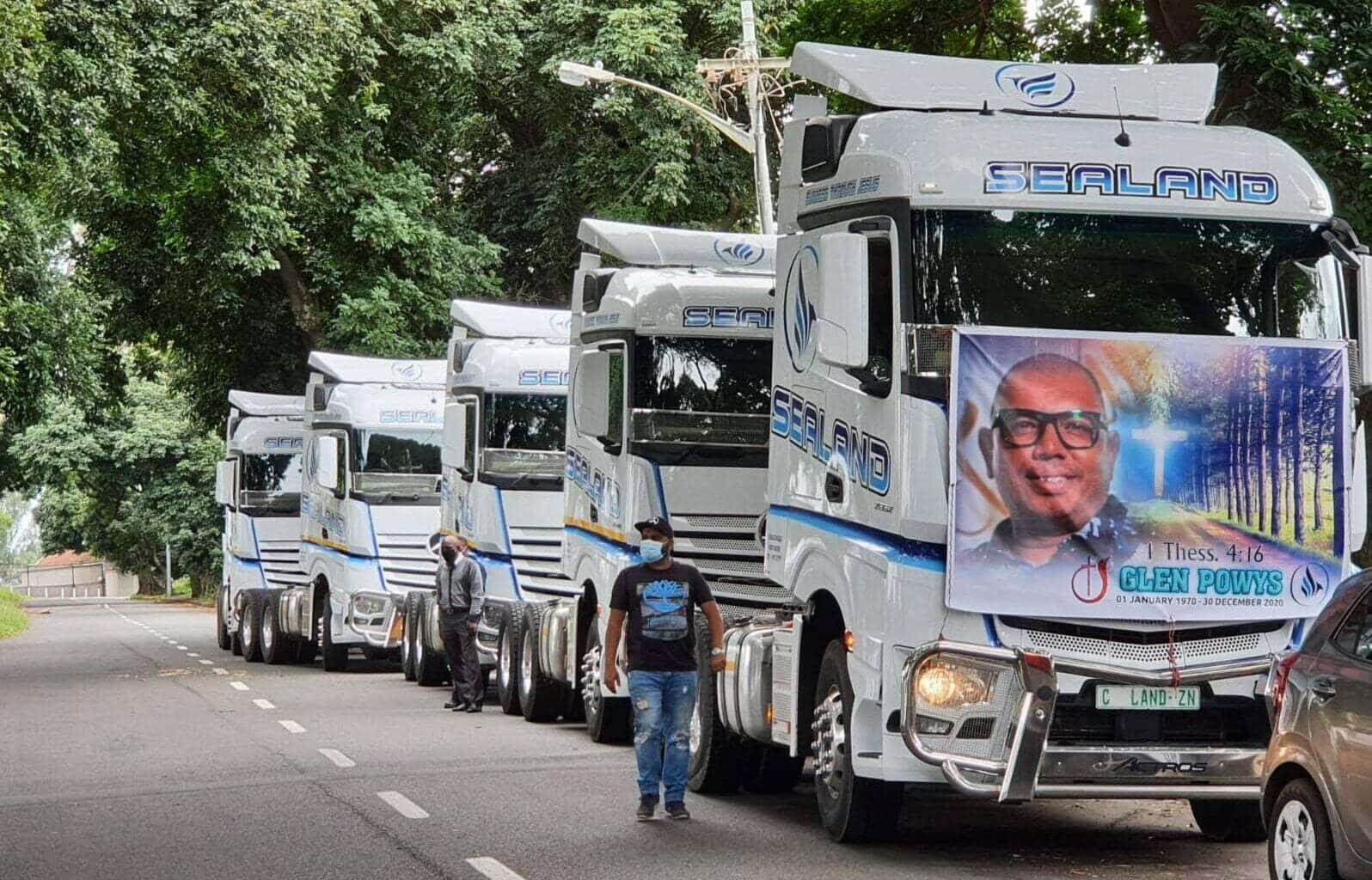 The Durban trucking community is lamenting the death of one of the most experienced and popular figure in freight and shipping, Glen Powys.

In a tribute by one of Sealand Transport directors Richard Reddy, he explained how the two grew up together spent most of their youths together.

According to Reddy, Powys joined Cross Country Container freight in the early 1990s and rose through the ranks to eventually lead the company.

He then left Grindrod Intermodal in 2015 and worked for two companies until 2017, Reddy said.

Redddy said he had always persuaded Powys to join him at Sealand Transport. His prayer was only answered in 2017 when he joined the company as a Senior Operations Manager, a position he held until he died.

Reddy said that Powys would be sadly missed by workmates and customers who he had grown to have a relationship with.

Powys will also be remembered for laying a strong foundation which Grindrod Intermodal has built on to be one of the most competitive container freight companies in Durban.

Powys’ funeral procession went past his workplace in Northdene Park, Durban before he was taken to Umbilo Crematorium for cremation.

Sealand Transport bids farewell to Glen Powys. He was well known from his days at Cross Country then Grindrod Intermodal in Durban. Rest in Peace Glen. https://t.co/OdFkfY8ppd pic.twitter.com/aHYRehHkgD