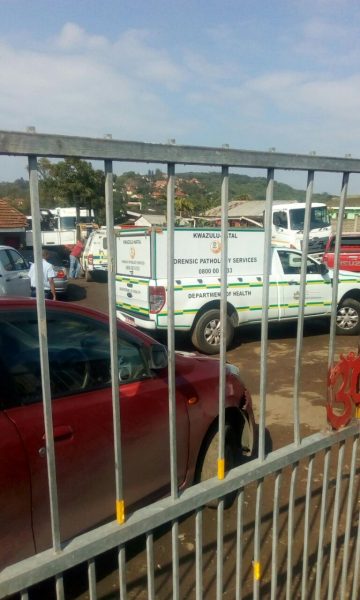 A truck driver at a Durban trucking company has been killed in freak accident early on Sunday morning.

The accident happened at the man’s workplace at DKB logistics yard when he was allegedly trying to hook a trailer.

It is suspected that the man hitched his trailer and apparently forgot to switch the handbrake on.

After putting the suzi pipes it is said that the truck started rolling to the front. He jumped off and rushed to press the brakes but when he was still struggling to reach the brakes he was squeezed with the door as the truck hit the trailer next to it.

He was sadly sqeezed to death between the truck and the trailer.

When paramedics arrived nothing could be done to save the man who had already succumbed to his injuries.

Durban – Four people have been killed in a high impact collision…

Durban – Four people were killed and eight others injured in a…