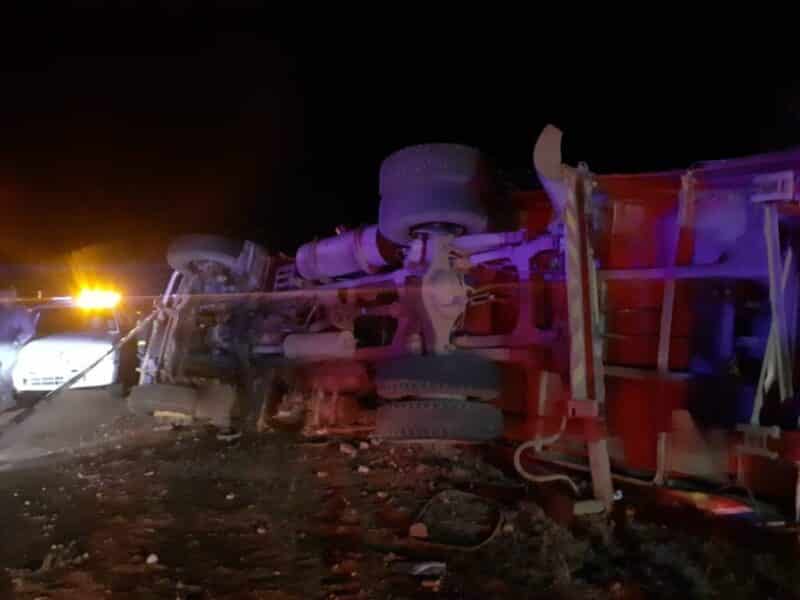 Seven killed as bus overturns on R532 in Mpumalanga

Seven farmworkers lost their lives after their bus overturned in Mpumalanga on Sunday evening.

The accident happened on the R532 road between Graskop and Ohrigstad around 5pm.

Spokesperson for the Mpumalanga Department of Community Safety, Security and Liaison’s Mmusi Moeti said circumstances that led to the bus overturning were not yet known and would form part of the investigation into the accident.

“The bus was carrying farmworkers who had been working on a farm in Hazyview and taking them to another farm in Limpopo to work there today (Monday).

“Seven of them died at the scene and 39 of them were injured and are receiving treatment at Matibidi and Kiaat hospitals. All those who died are men. The driver of the bus was slightly injured,” he said.

Moeti said an investigation into the crash was under way. He also while it had not yet been confirmed, it looked as if the bus was privately owned.

In another incident, a 3-year-old girl was killed when she and her father were knocked down by a vehicle in the Free State.

ER24’s Ross Campbell said father and daughter were on the the N8, 50km outside Bloemfontein when they were knocked down by a bakkie on Sunday evening.

While the father suffered serious injuries, the child died at the scene.

“ER24 paramedics arrived on the scene at 17:10 to find the toddler and father lying on the ground next to the highway. Unfortunately the girl had suffered fatal injuries and was declared dead on arrival.

“The father was treated with Advanced Life Support interventions and transported to a private hospital for further care,” Campbell said, adding the driver did not sustain injuries.

Collisions between a helicopter and a truck are not a common thing.…