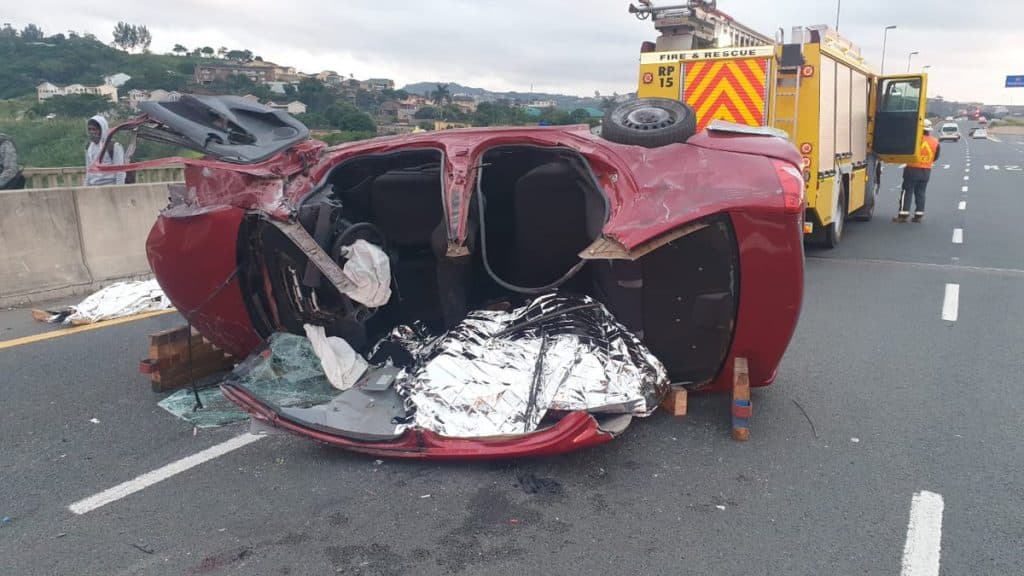 Seven people have been killed in a single-vehicle crash on the M19 at the N2 interchange in Durban on Tuesday morning.

According to Garrith Jamieson from Rescue Care paramedics, it appears that a vehicle lost control around the bend and rolled several times just before 6am.

He said that several emergency services arrived on scene and found 8 people entrapped in the wreckage.

Fatal crash on the the M19 on-ramp to the N2 north bound
📹: @rescuecare pic.twitter.com/OiCyyrwk43

Jamieson said the Jaws of Life and other hydraulic equipment had to be used to free the occupants from the vehicle.

“At this stage seven people have lost their lives and one person has been rushed to hospital with serious injuries.”

Jamieson said the scene was still active and SAPS and Metro police were on scene to investigate further.

He added that traffic was severely affected and urged motorist to use alternative routes.