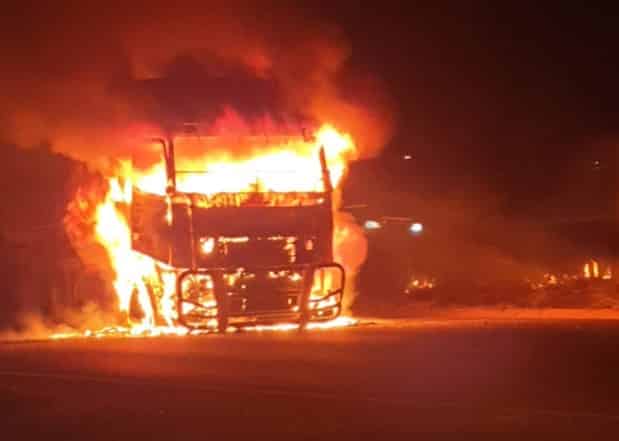 Seven to appear in court for looting during N3 truck attack

Durban – Seven people are expected to appear in the Howick Magistrate court this week in connection with another attack on trucks on the N3 on Sunday night.

Those arrested aged between 21 and 30 are said to be residents of the Zuzokuhle informal settlement in Howick.

They face allegations of looting after they were found with fridges that had been looted from a truck that was attacked. Another truck was petrol bombed.

The latest attack on these trucks, seen as a continuing “campaign to force truck owners to stop employing foreigners, comes less than a week after truck owners protested near the Durban Harbour against the attacks on their trucks.

The positive Freight Solution Forum, representing truck owners, said it was aware of the attacks on two trucks and said they will be releasing a statement.

A man has been fined R40000 and had his license revoked, after…