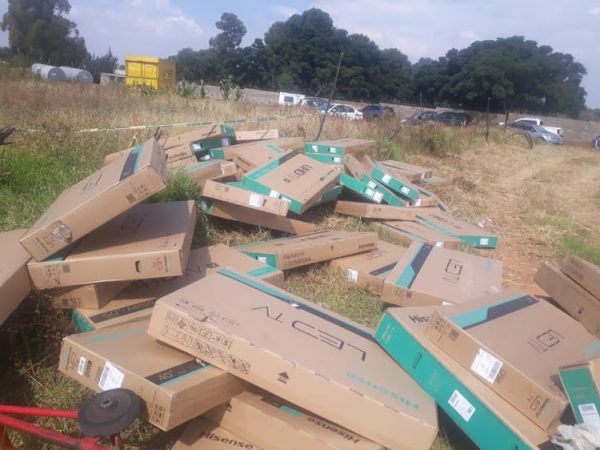 Johannesburg – More than 70 stolen television sets have been seized by police, after officers made a breakthrough against a gang using vehicles fitted with blue lights to carry out truck hijackings.

After arresting two people linked to the truck hijacking gang on Monday, police said in a statement they were confident that four other suspects would be arrested soon.

The television sets, with screens ranging from 40cm to 126cm, were recovered at a business plot in Glen Austin at midday on Monday.

Police were led to the plot after a truck was intercepted by the Johannesburg Metro Police at Glen Austin. The vehicle had been hijacked in the Kempton Park area.

Durban – A truck driver believed to be a Zimbabwean national has…

Over 200 military trucks, trailers, Nyalas and other military equipment burned to…
Total
9
Share
9
0
0
0
0