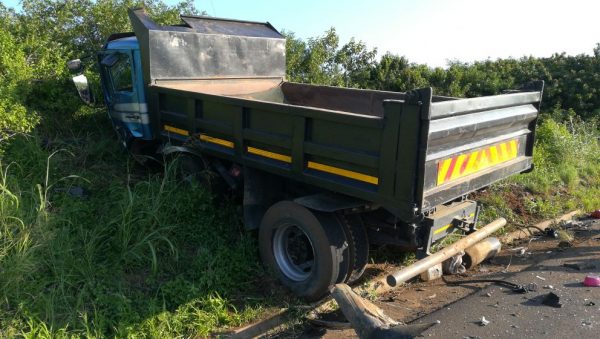 Six killed in truck and bakkie head-on crash near Durban

Durban – Six people have been killed in a head-on collision between a tipper truck and a bakkie on M27, north of Durban.

Netcare 911’s Shawn Herbst said paramedics responded to the collision on the M27 between Umdloti and Mount Moreland to find total carnage.

“Reports from the scene indicate that a light delivery vehicle and a tipper truck were involved in a head on collision, circumstances are however not known yet,” Herbst added.

The Ethekwini Fire and Rescue Services are busy using the Jaws of Life to free one of the critically injured from the wreckage.

Once stabilised all the patients will be transported by various ambulance services to hospital for further treatment.

The exact number of patients that sustained minor to moderate injuries are yet to be confirmed as some patients were removed privately.

Four people, including a one-month-old baby, have been killed in a collision…