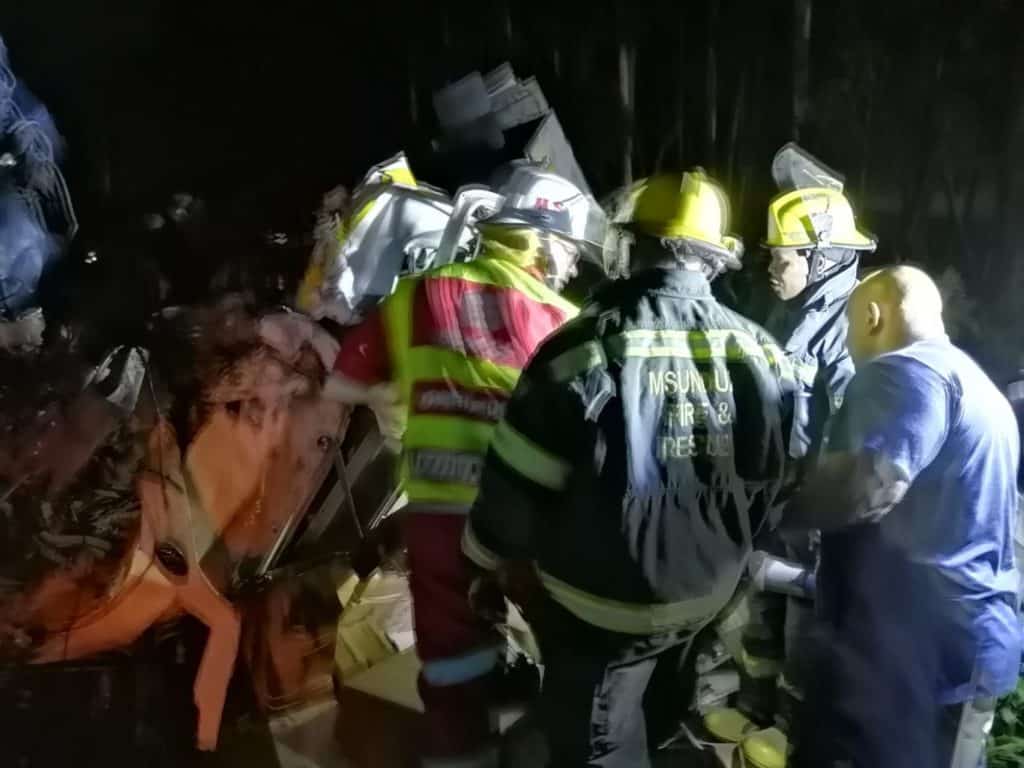 Three accidents involving a total of six trucks happened one after the other on the N3 freeway on Townhill, Pietermaritzburg just before Peter Brown Avenue offramp last night.

The southbound carriageway was closed for about an hour after a truck rolled across the freeway and a light motor vehicle collided into it.

Two secondary collisions involving five trucks, each about 100m further up from each other, then occurred.

ER24 Spokesperson Ross Campbell said paramedics arrived on the scene at 01h50 along with other private and provincial services.

“The driver of the light motor vehicle in the initial collision was found to have suffered critical injuries and was treated and transported by another service,” said Campbell.

ER24, PMB Fire and SAPS Search & Rescue pulled together for a two-hour extraction of an entrapped 31-year-old male who had suffered serious injuries from the second collision between two trucks.

He was treated with Advanced Life Support interventions before being transported to Northdale Hospital for further care.

A further three seriously injured patients were treated and transported by other services on the scene.

The Traffic Department, as well as the South African Police Services, were on the scene for further investigations.

Cape Town – Seven people were killed in a horror crash between…