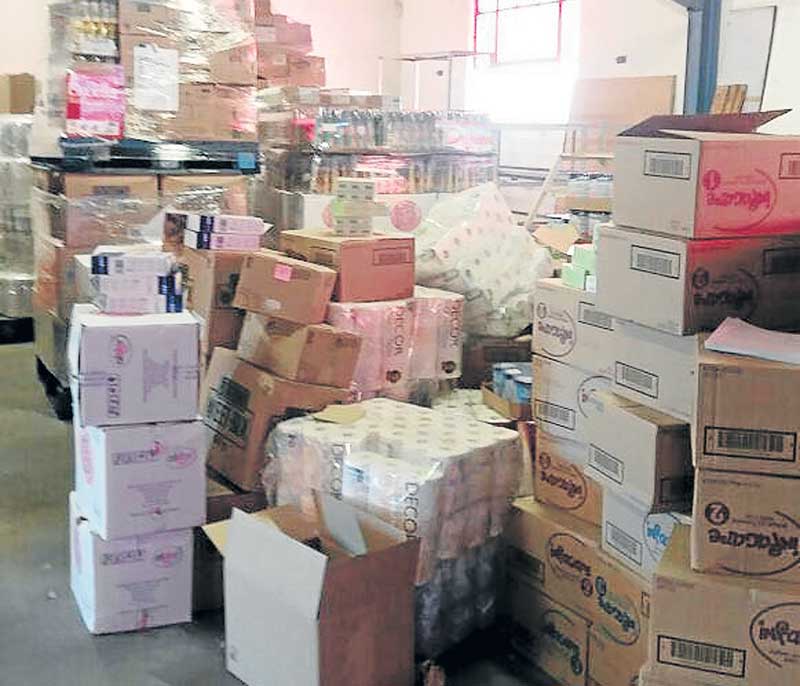 R2-million “sweets” heist during the early hours Saturday turned sour for the robbers when police recovered all the stolen goods before they could make a cent from it.

An East London-bound horse-and-trailer truck carrying sweets and other wholesale goods valued at R2-million was hijacked by five men on the N2 between Peddie and King William’s Town.

The unidentified driver of the truck told police that he had been passing through Peddie at 2am when a sedan driving behind him started flickering its lights.

Police spokesman Captain Nkosikho Mzuku said: “The driver ignored the sedan. The vehicle then switched into the oncoming lane as if it was overtaking.

“The occupants withdrew their firearms and pointed them at the truck driver but the driver concentrated on the road and continued driving.”

The five men started shooting in front of the truck, forcing the driver to stop.

Mzuku said the men got out and “kicked and assaulted the driver with their firearms”.

“They pushed him into the passenger seat and took control of the truck.”

Mzuku said some suspects went back to the sedan and continued driving. The suspects in the truck drove behind them.

“The truck was driven to a warehouse in King William’s Town, near Schornville, where the suspects off-loaded the goods from one trailer.

“There were two trailers carrying goods, but the suspects only managed to offload goods from the front trailer,” Mzuku said.

When the men were done off-loading, they drove to Fort Jackson and dumped the truck.

“A security guard at the factory reported hearing a man scream from the truck and when he went to investigate he found the hijacked driver tied up with ropes” in the truck.”

The police were only alerted at 9.30am.

Members of the Mdantsane Flying Squad had intercepted the police radio call and responded to the scene.

They called the owners of the truck, who assisted them with a tracker history of where the truck had been between 2am and 9am yesterday.

“The tracker history led police to the King William’s Town warehouse where they found all the stolen goods still intact.

“We later discovered that the warehouse belonged to a businessman in the area and upon further investigation we found the owner was not aware of what was being kept in [it].”