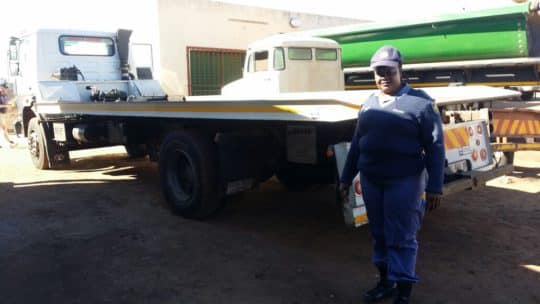 Sergeant Zodwa Mahlalela together with Constable Nomsa Lephoko were patrolling when they received information of a stolen truck. Police together with the tracking company traced the vehicle and the tracker led them to rental rooms at Naas where they found the stolen truck parked.

The tow truck was hijacked on Wednesday night at Kempton Park at about 20:00. The driver of the tow truck alleges that he has been hijacked by a police vehicle, golf 6 with three suspects who were wearing full police uniform. A case of carjacking has been opened at Lenasia South Police Station.

No arrests have been made yet. The truck has been booked at the Komatipoort Vehicle theft unit.