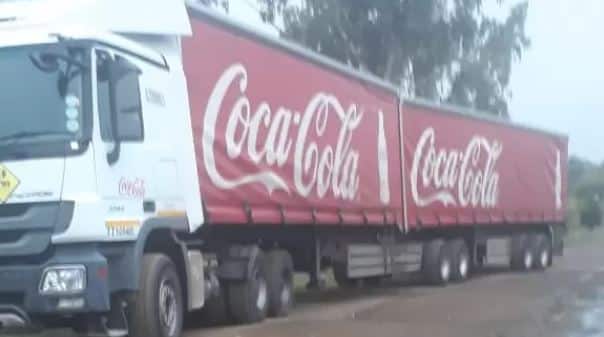 Free State police have arrested five people after they were tipped off about a suspected stolen truck on the N8 near Thaba Nchu in the early hours of Wednesday morning.

The Selosesha Highway Patrol, Thaba Nchu police and Botshabelo police stopped the Mercedes Actros truck pulling a tautliner and recovered cargo worth about R2 million and apprehended the driver.

Three more suspects, who were escorting the truck in a white BMW X5 were also apprehended and the vehicle was confiscated.

The police said they suspected the truck was stolen from a depot in Bloemfontein in the early hours of Wednesday.

Following an investigation into the matter, a dispatcher at the depot was also arrested, bringing the total of suspects to five.

The suspects aged between 35 and 52 are expected to appear in the Thaba Nchu Magistrate’s Court soon.

More arrests are expected and the police will continue with the investigation.

Tyre thieves pounced on a Mercedes Trucks dealership in Boksburg this week,…

Durban – Cops have seized 999 bricks of cocaine valued at R500m…