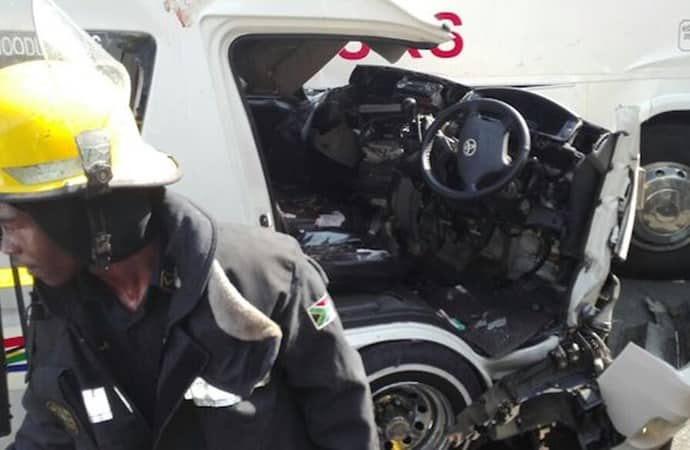 At least sixteen people have sustained minor to serious injuries after a taxi collided with a bus on the South Coast road near the N2 Umlazi turn off in Durban.

This accident happened this morning just before 08h00.

The Netcare911 rescue unit and the Durban Metro Fire personnel were also on scene to help extricate the injured front passenger from the mangled wreckage of the taxi.

Once freed, the man was stabilised on scene and transported to a nearby hospital for further medical care.

The rest of the injured were also stabilised on scene and transported to various hospitals.