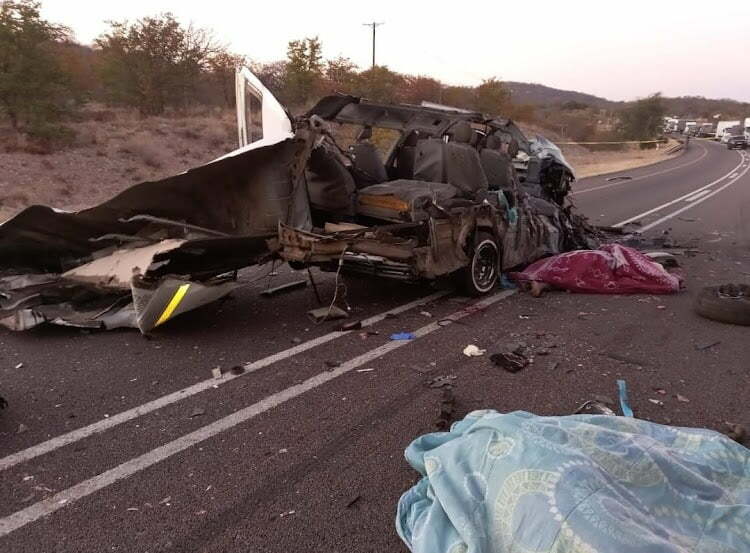 Limpopo – Four people have been killed in a head-on collision between a minibus taxi and a bus on the N1 highway outside Musina Limpopo.

The accident happened while the taxi was allegedly fleeing from traffic cops on Friday morning.

Provincial department of transport and community safety spokesperson Mike Maringa said the crash happened at about 5am.

“It is alleged that the driver of the minibus taxi lost control and collided head-on with an oncoming bus.

“The taxi driver allegedly refused to comply with a request by police to stop but instead drove away. Police were chasing the taxi when the accident happened,” Maringa said.

He said the taxi driver was among the four people who were declared dead on the scene.

“The road was closed for over three hours while emergency personnel cleared the scene.”

Limpopo – N1 closed between the Sasol garage and Musina following a fatal head-on involving a bus and a minibus pic.twitter.com/hQbskqntiK

MEC Mavhungu Lerule-Ramakhanya cautioned there had been an escalating number of fatal accidents in the province in the past 72 hours.

Lerule-Ramakhanya said most accidents were caused by reckless drivers. She urged motorists to practise safe driving,

Videos have surfaced online, of a horrific scene of a crash between…