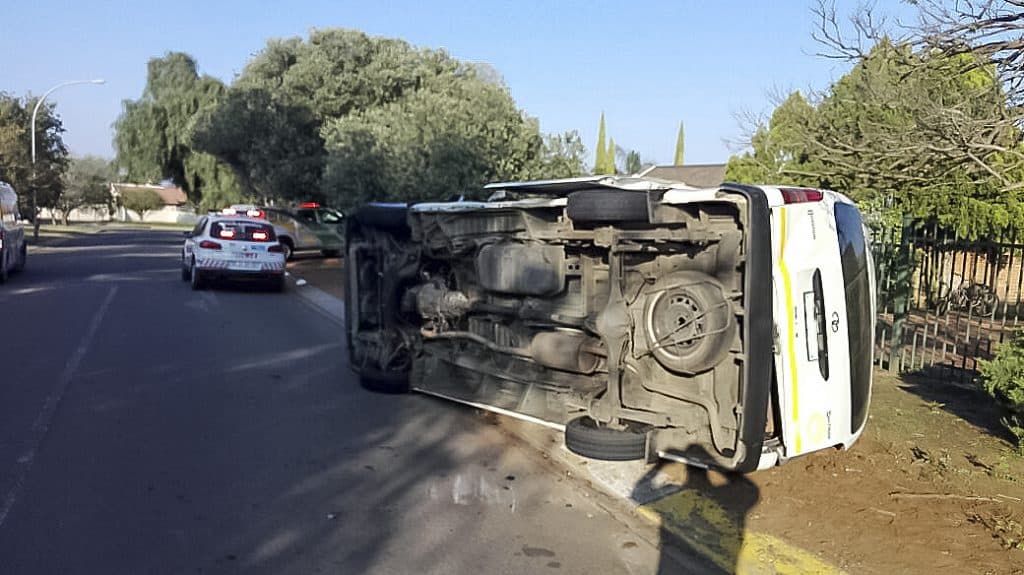 Taxi rolls while driver was allegedly on the phone

Bloemfontein- A 07h49 this morning Netcare 911 paramedics received a call for a taxi that overturned along David Botha Street in Bloemfontein. Reports from the passengers of the taxi indicate that the driver was on a cell phone while trying to round a bend when it veered across the road and overturned.

Paramedics arrived at the scene and found that the taxi had come to rest on its side, the patients had clambered from the wreckage some with the assistance of others and was found at the side of the roadway. After triaging the injured it was found that nine people sustained injuries ranging from serious to minor.

Medics treated the injured at the scene before transporting them to a local hospital for the care that they required.

Pietermaritzburg – A man and woman, believed to be in their 60s,…