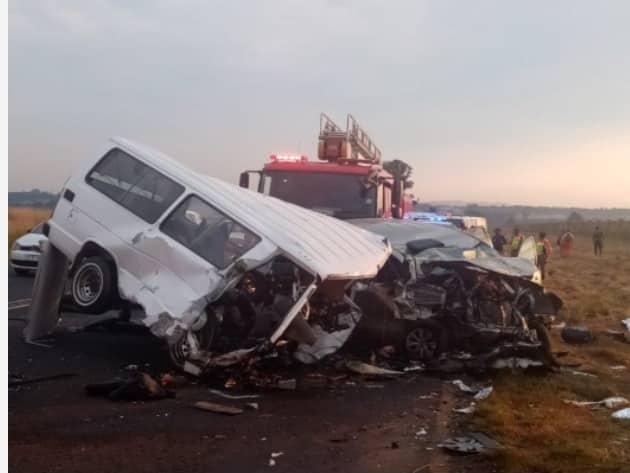 Ten people, including three children, died when a taxi and a car collided on the Golden Highway in Eldorado Park, near Soweto, early on Wednesday morning.

ER24 paramedics said the incident happened at about 7am.

Emergency services arrived to find passengers who were travelling in the taxi scattered around the scene. The vehicles were extensively damaged.

“Medics assessed the patients and found that 10 people, including three children under the age of 10, had sustained numerous, fatal injuries. Nothing could be done for them and they were declared dead,” said ER24 spokesperson Russel Meiring.

“Several other patients were found with injuries ranging from minor to critical.”

The injured were treated on scene before being transported to hospital.

The cause of the crash is under investigation.

Four people, including a one-month-old baby, have been killed in a collision…