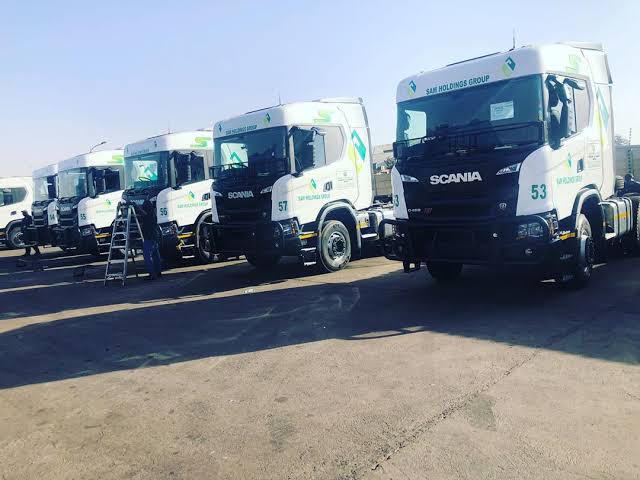 The impact of a negative outcome to Sam Holdings saga

There is so much at stake in the Sam Holdings saga which has headlined trucking industry news following the arrest of the owner, Sam ‘Mshengu’ Chabalala.

Sam Holdings is worth over R40 million, employs 100 fulltime staff, 30 of whom are assistants to his drivers who constitute the majority of employees, Chabalala told SA Trucker.

Chabalala says he also have office workers at his depots and several temporary employees.

The trucking company has 63 tipper trucks which transport coal in the Mpumalanga area of Bethal, east of Secunda.

Chabalala also owns three houses, one in Zimbali near Ballito, KZN and two in the Mpumalanga area of Bethal.

Chabalala says all in all he coughs out over R1 million to pay all his workers each month.

He has a baby mama with two minor kids and his newly-wed Mrs Sam who also broke the internet along hubby in that flamboyant Durban July convoy of supercars.

Mshengu, as he is popularly known, is facing charges of fraud, bribery, corruption and possession of an unlicensed gun.

The state alleges that Mshengu obtained a South African ID book in 2015 and registered that he was born in the Bethal area on 15 December 1995, mysteriously registering with ID numbers of South African people who had never met him in their lives.

He allegedly said they were his parents, the state said while opposing bail and allegedly went ahead to bribe home affairs officials to destroy the evidence of his alleged fraudulently obtained South African ID book while investigations on the matter were underway at the department of home affairs.

On hearing this, Mshengu allegedly dashed straight to the government office in Mbombela, and offered an amount of R50 000 to a home affairs officer, of which R40 000 was allegedly delivered to the official. Then the Hawks were called leading to his arrest.

The state also found no birth records at the Bethal hospital from which the home affairs registry shows he was born.

He was granted R200 000 bail by Magistrate Mdumiseni Mavuso in the eMalahleni Magistrates Court.

In applying for bail Chabalala revealed that his business structure is permanently rooted in Mpumalanga and cannot afford to lose it.

If Chabalala loses his business or his accounts are frozen, over one hundred workers could lose their jobs.

Trucking towards SHEQ successSafety, health, the environment and quality (SHEQ) are vital…