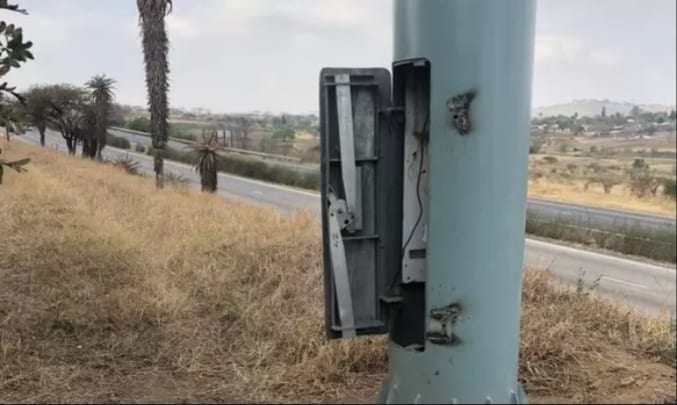 Durban – Several road surveillance cameras have been damaged along the N2 and N3 in recent weeks. It is alleged that thieves, who vandalise the cameras, are stealing their batteries and converters which are said to be very powerful conductors of electricity.

According to Sanral Eastern Region project manager, Seekandar Mahomed, the cameras are used to detect incidents on the road network.

“The information taken from the cameras is shared with all emergency services and the general public via our social media platforms, radio and roadside digital road sign boards,” he said.

Mahomed said when the cameras are damaged, the contractor does not have visuals from the road and cannot monitor routes and incidents.

Mahomed said they are in talks with authorities to look at how to secure the cameras.

“We have looked at locking mechanisms that will be modified to combat vandalism,” he said.

DA councillor, Shaun Ryley, said the CCTV cameras were vital for the safety of road users.

“The cameras also help to keep us aware of traffic delays and road crashes,” he said.

“We condemn any act of vandalism to its infrastructure and it is appealing to all residents to work with the city to root out rogue elements that are associated with this behaviour,” he said.

Over 200 military trucks, trailers, Nyalas and other military equipment burned to…
Total
4
Share
4
0
0
0
0