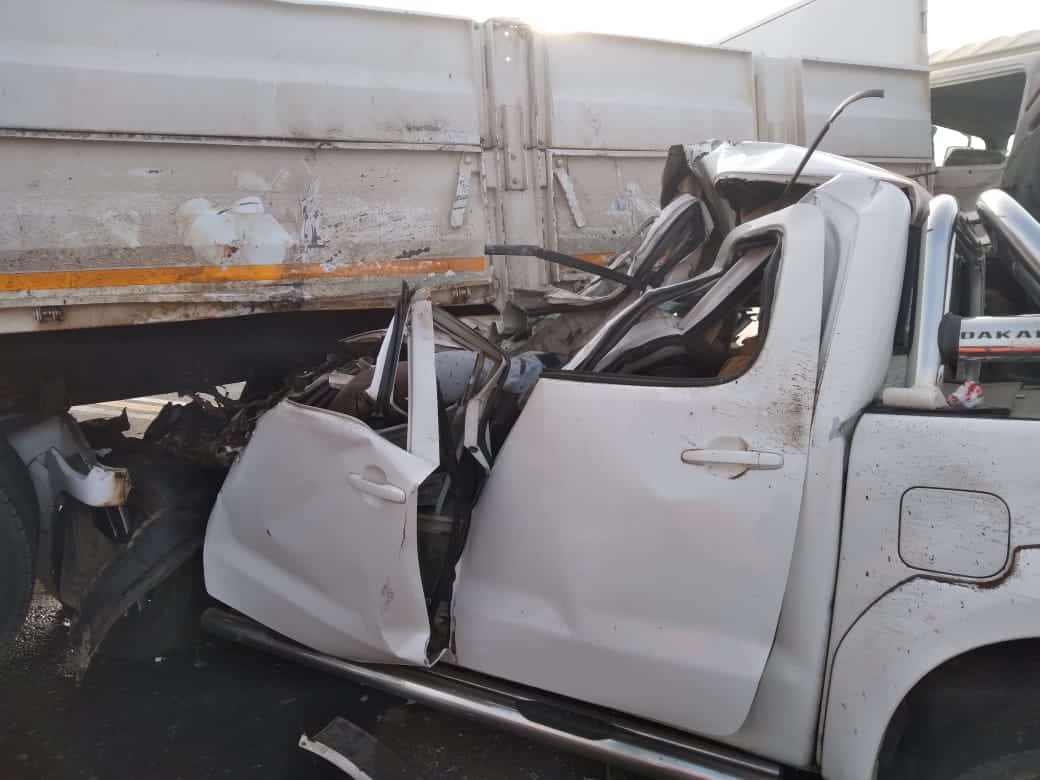 Three dead in truck and bakkie collision on N3 in Harrismith

Harrismith – Three people have been killed in a collision between a truck and Toyota Hilux bakkie on N3 in Harrismith on Monday morning.

Three others were injured, two critically so, when the bakkie collided in a T-bone fashion with the articulated truck.

Emer-G-Med paramedics arrived on the scene of the national highway near to the Eetam off-ramp, to find five occupants of the Toyota bakkie severely entrapped in the wreckage.

Three occupants were found to have sustained fatal injuries and were declared deceased on arrival, whilst two others were found in a critical condition.

Once free, they were transported by ambulances to nearby hospitals for urgent medical care.

The truck driver and another occupant of the heavy-duty vehicle suffered moderate injuries and were treated and stabilized on the scene before being taken to a local hospital for further care.

The cause of the collision is unknown and will form the subject of a South African Police Services investigation.