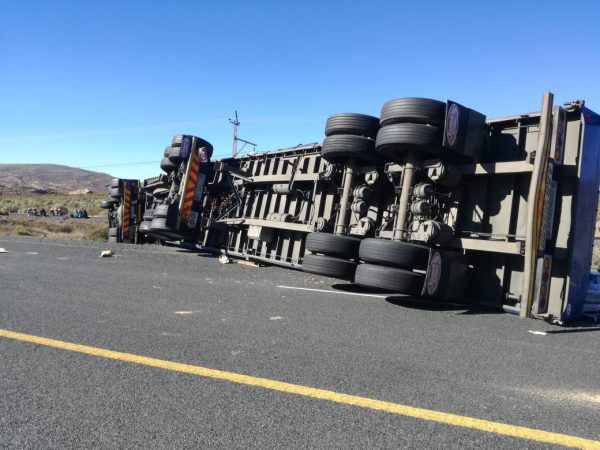 Cape Town – At least three people were killed, 52 injured including the driver, when a Greyhound passenger bus travelling to Cape Town drove into a truck that had collided with another truck which was stuck on N1 Tweedside between Laingsburg and Touwsriver on Sunday morning.

Traffic chief Kenny Africa said apparently one truck broke down alongside the road, when another collided with it.

Another collision then occurred when a Greyhound passenger bus drove into the second truck.

Africa said Greyhound bus driver was trapped and the N1 was closed in both directions.

He further said N1 inbound and R300 link onto N1 inbound remained closed indefinitely due to the crash.

“It’s alleged that long distance vehicle (LDV) driver removed closure signs at Old Oak to gain access to N1 and collided with mobile crane which was busy with the erecting of the overhead gantries,” Africa said.

Unitrans Passenger’s Operations Executive Jasen Smallbone confirmed that a Greyhound coach was involved in a tragic accident on Sunday morning, between Lainsburgh and Touwsriver.

“Unfortunately, there has been loss of life,” Smallbone said.

“Our focus, at this stage, is on our passengers and we are working with our emergency response team, Helivac and the authorities,” Smallbone said.

N1 Tweedside between Laingsbrg and Touwsriver. Apparently a Truck broke down alogside the road, another truck collided with the stranded truck.
A @GreyhoundRSA passenger bus drove into the one truck. Driver of Greyhound bus trapped.
N1 closed in both directions. @TrafficSA pic.twitter.com/lRi6y67PFt