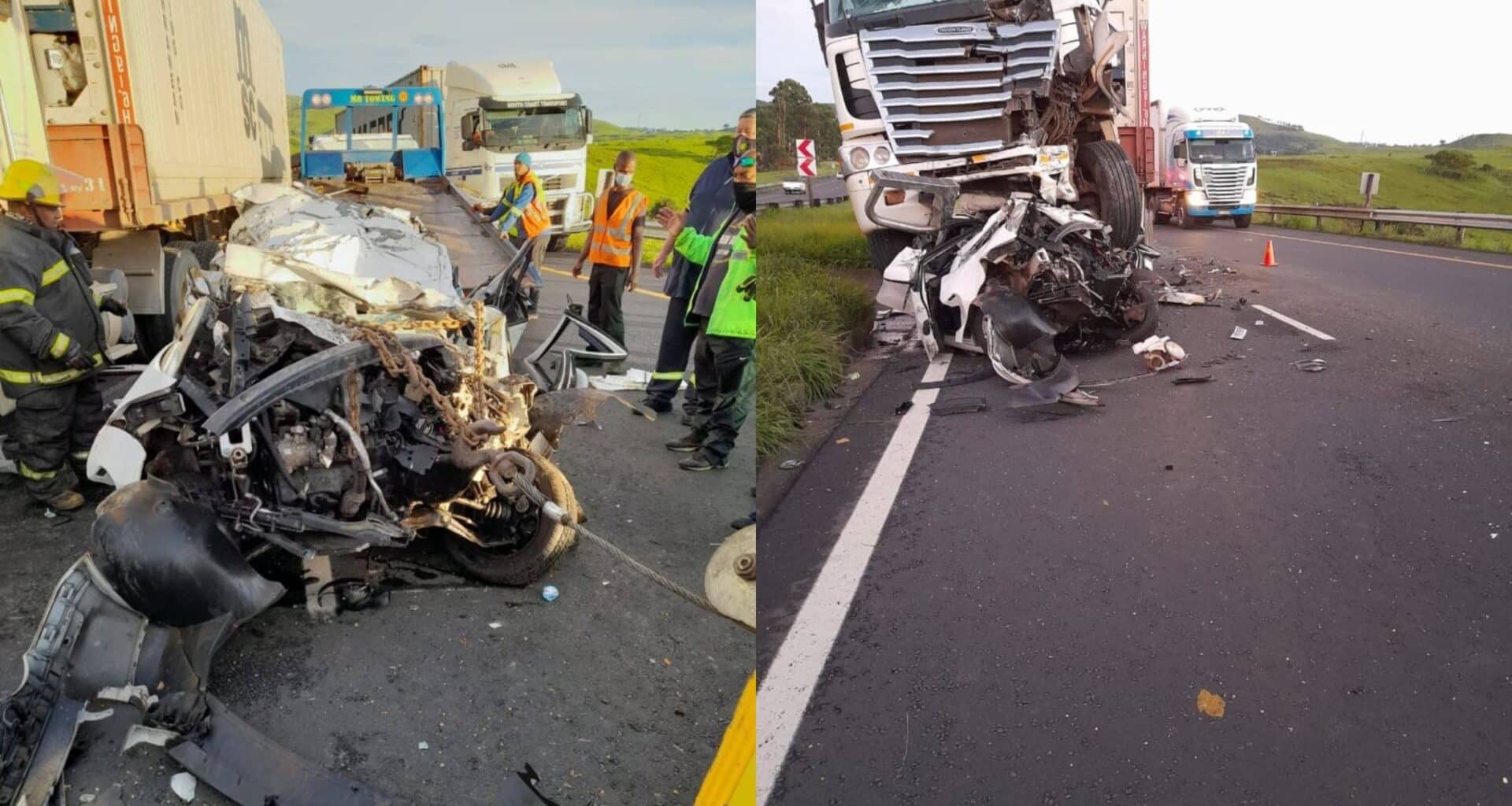 Three people lost their lives in a horrific crash involving a truck and a light motor vehicle on N3 at Lions River in KwaZulu-Natal on Wednesday morning.

“Another person sustained minor injuries and was treated on scene by paramedics.”

The exact cause of the crash is not known and investigations are underway.

On Monday night, another crash involving a truck and a bakkie left the two occupants of the bakkie dead.

The accident happened on the Van Reenen pass. It is alleged that the bakkie driver lost control of his vehicle on a curve and encroached onto the path of an oncoming truck causing the crash.

Both occupants of the bakkie did not survive the crash. The truck driver sustained minor injuries.