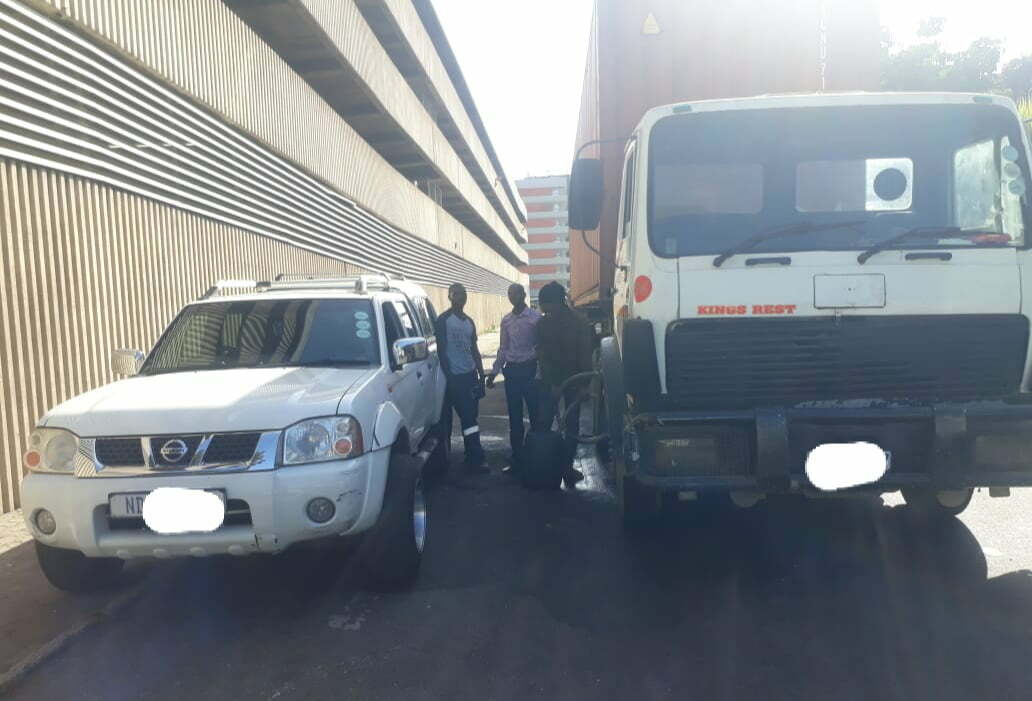 Durban – Three men have been arrested for stealing diesel from a truck and contravening the Immigration Act on Sunday in Durban.

The trio, a truck driver and two others, were caught stealing diesel from a truck inside the Transnet Engineering yard in the Bayhead area by port security members who were patrolling the area.

It is alleged that security details spotted a white Nissan Hardbody parked next to a white truck and approached the scene.

They discovered that three men were busy siphoning diesel from the truck into some containers on the ground.

Upon searching the Nissan hardbody they discovered numerous plastic containers, some full of diesel and others were empty.

The three suspects could not account for the diesel on the Nissan bakkie or provide proof they were allowed to siphon diesel from the truck and they were arrested.

Upon asking for their identities it was also discovered that they were all in the country illegally.

The diesel was recovered and the Nissan Hardbody NP300 was impounded for further investigations.

All three suspects were placed under arrest for theft of diesel and contravening the Immigration Act.

They were expected to appear in court on Monday 28 June.