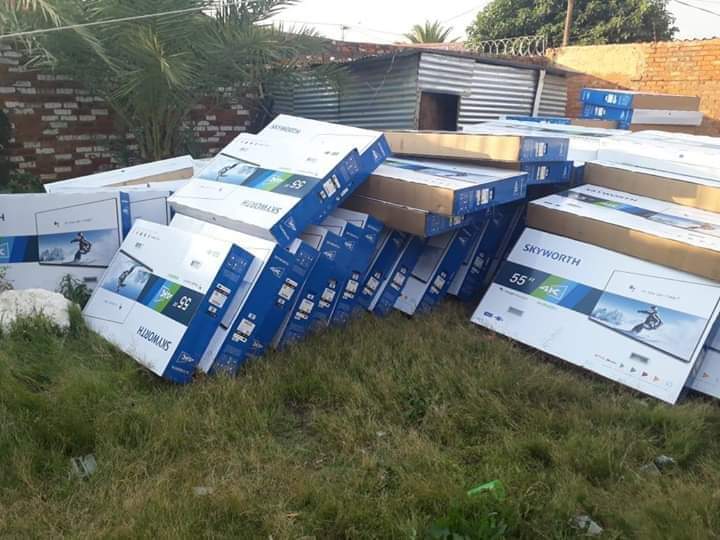 This follows the tip-off received from the community member about the truck off-loaded goods in one of the houses in Gem street Laudium .

Police responded swiftly on the information provided and the following were seized: Hundred and forty three (143) 55″ inch and thirty (30) 40″ inch plasmas televisions to the value of R1,049,500 in the yard.

The suspects were immediately arrested on the spot for possession of stolen property.

Durban – A case of attempted murder has been opened after a…

The sweet thought of owning a huge fleet of trucks fooled many to buy into a trucking business pyramid scheme, enriching two Pietermaritzburg man in the process.

Over 200 military trucks, trailers, Nyalas and other military equipment burned to…
Total
5
Share
5
0
0
0
0