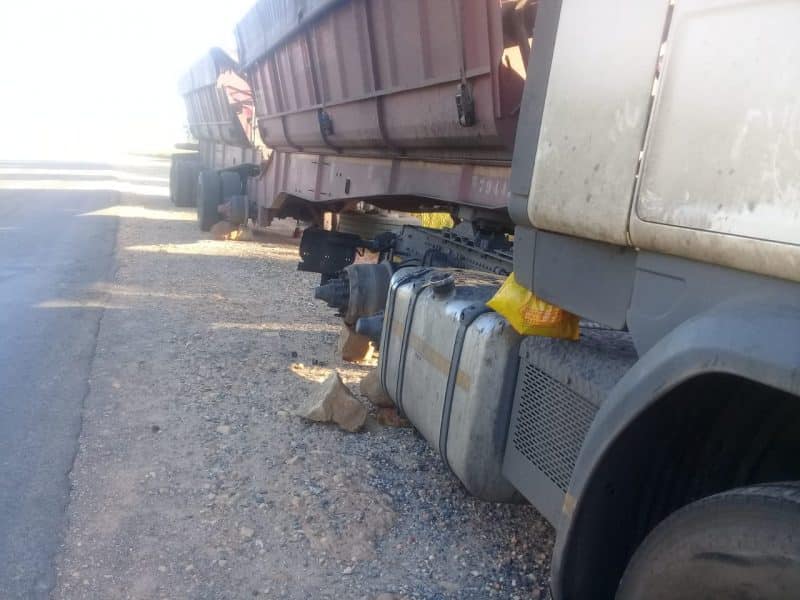 Armed robbers have pounced on a Transmac truck driver stealing his property and tyres from the truck on R33 in Mpumalanga.

The robbery happened between Stoffberg and Belfast around midnight on Wednesday.

It’s alleged that the robbers pulled the trailer brake of the slow moving truck as it struggled to climb the hill causing the truck to stop.

They threatened to shoot the driver and forced him to open the door before driving a few metres to park off the road.

They robbed the driver of his belongings which included his tablet and cellphone.

They also stole 12 tyres from the truck and trailer.

The robbers fleed the scene leaving the driver was tied to a tree not far from the scene.

No details of the suspects were immediately available.

Nine clerks employed at the SAPS call centre in Hilton, a Department…