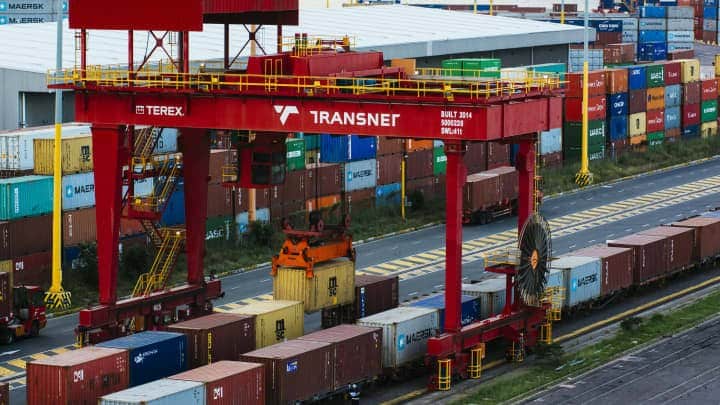 Transnet Financial Position May Only Start to Improve in Late 2022, Parliament Hears

Transnet group CEO Portia Derby told Parliament’s Portfolio Committee on Public Enterprises that with the subdued national and regional economic outlook and structural challenges at Transnet, the state-owned entity only expected to chart its way back to profitability by late 2022.

Derby led a Transnet delegation in updating the committee in the first parliamentary briefing the entity has given the legislature since the release of its annual report and financial statements in October, where it emerged Transnet had suffered a R8.4 billion net loss for the year ended in March 2021.

This is the first loss that Transnet has posted in years, and while the rail and logistics giant remains the only SOE that funds its own operation capital, even Transnet management is concerned that state capture, its previous management, vandalism, and Covid-19 will undermine its recovery.

Derby told the committee that improvements in performance and efficiency would be critical in the coming years and that Transnet was still a long way from permanently improving its financial position.

This was further complicated by vandalism and cable theft, she said.

“It was a tough year. There is no doubt about that, given the impact of the pandemic. Despite this, we have prevailed to some extent. We are still a company in trouble. There is a lot that we need to do to get Transnet back on a stable footing and profitable once again,” said Derby.

Read also: R250m worth of fuel stolen from Transnet

She said internal and external matters, including the ongoing Covid-19 pandemic and its impact on overall national and regional economic activity, were expected to continue weighing on the entity for the foreseeable future.

“The latter half of 2022, maybe 2023, is when we will start to see some improvement. With the rate at which vaccination is taking place in South Africa and on the continent, and continuing spread of omicron, the pandemic is set to continue to constrain economic activity and performance,” Derby said.

Derby further said the board was giving its attention to safety, following vandalism, cyberattacks and a recent attack on truck drivers in Mooi River.

Transnet board chair Popo Molefe said past spending on major procurement meant that there was no adequate rehabilitation of the infrastructure network that new locomotives were meant to operate on.

There had also been decades of neglect of the system, said Molefe.

“The impact of state capture on Transnet has been devastating. That will be apparent in our annual financials and the irregularities there. It also becomes apparent in our operational performance because that is linked to the manner in which we contracted when we procured locomotive and equipment,” Molefe said.

He said the controversial procurement of 1 064 locomotives under former CEO Brian Molefe left Transnet in a tough spot as the related rolling expenditure in subsequent years was deemed improper.

Additionally, they could not be accommodated by the current rail network.

“We met with National Treasury to deal with these things because all of these challenges mean that we cannot move trains when they need to be moved. The other issue is criminal activities that our infrastructure is exposed to. For us to operate properly, we need to summon all energy and collective wisdom to meet these challenges,” said Molefe.

Transnet and the Special Investigating Unit filed court papers in March to have said locomotive contract with China South Rail set aside.

“It was a difficult year, as you will see. Transnet is very much exposed to the economic cycle, the pandemic and some of the challenges we have had relating to the safety of our infrastructure. This had a direct impact on the performance of the business,” said Tlhakudi.

He said the role of historical maleficence could not be discounted or overstated in the challenges that Transnet faced.

“The burden of the past must not continue to drag down the performance in the presence. But we are confident that a good baseline has been set for an improved performance for the group going forward,” Tlhakudi said.

Committee chair Khaya Magaxa said the committee would also like for the Transnet delegation to take the committee into its confidence regarding the entity’s plans for retrenchments and the cyberattacks it suffered earlier this year.

“We would like to get an update on what happened and to what extent that has been dealt with. There will also be a retrenchment of 10% of employees at Transnet. We hope you put us in the same wavelength in terms of the contributing factors behind that,” said Magaxa.

Speaking to maleficence in previous undermining Transnet’s current financial position, Auditor-General Tsakani Maluleke said in her audit report of national and provincial departments and entities that R16.9 billion or 55% of Transnet’s irregular expenditure was incurred in previous years but was identified and disclosed in the current year.

“Approximately R37 billion of the Transnet amount relates to the procurement of 1 064 locomotives that was found to be irregular.

“These transactions are the subject of ongoing investigations and court processes, the outcome of which will determine the appropriate steps to be implemented for dealing with the irregular expenditure, including recovery of losses incurred, if any, disciplinary steps or condonation if there are good grounds to do so,” said Maluleke. News24