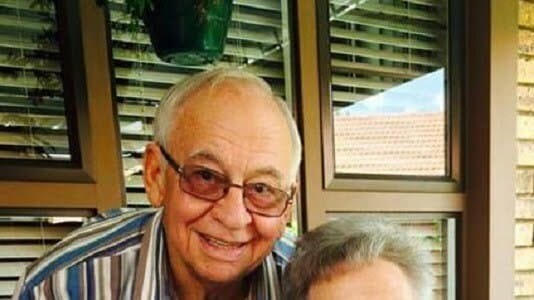 The news of Swannies’s death was shared on the company’s Facebook page.

According to the company’s Facebook page, Mr. Swanepoel founded the company over 60 years ago. THT is solely owned by the second-generation Swanepoel family.

Our company was founded by Mr GHJ Swanepoel (Swannie). It is with a VERY heavy heart that we have to share the news of his passing early this morning.

We Salute you Mr Swanepoel. You are leaving behind an incredible legacy. You were a proud man, a man of stature, a man we all looked up to. We respect you and will do our best to carry on and pay forward the morals and values you have instilled in us. Thank you for giving us a future where we can put food on the table and support our families.

Your tyres tread deep in our hearts and will never fade.
THT Facebook

THT is one of the longest-running privately-owned trucking companies in South Africa. GHJ Swanepoel founded the entity in 1961 and went on to register it as a company in 1967.

The managing director is his son, Sampie Swanepoel, who joined his father’s business in 1986. Sampie has continued on the very successful journey started by his father from those early days.

THT serves and has transport contracts companies and organisations in the construction and mining industries. The company boasts a collection of trailers that can move loads of up to 100 tons.

THT also has operations in Botswana, Zimbabwe, Namibia, Zambia, and Mozambique with some contracts lasting several months. One of their biggest contracts was in Jeffrey’s Bay where they were responsible for transporting all the huge components for erecting a big wind farm.

Johannesburg – A spike in the severity and number of claims due…

This website uses cookies to improve your experience while you navigate through the website. Out of these, the cookies that are categorized as necessary are stored on your browser as they are essential for the working of basic functionalities of the website. We also use third-party cookies that help us analyze and understand how you use this website. These cookies will be stored in your browser only with your consent. You also have the option to opt-out of these cookies. But opting out of some of these cookies may affect your browsing experience.
Necessary Always Enabled
Necessary cookies are absolutely essential for the website to function properly. These cookies ensure basic functionalities and security features of the website, anonymously.
Functional
Functional cookies help to perform certain functionalities like sharing the content of the website on social media platforms, collect feedbacks, and other third-party features.
Performance
Performance cookies are used to understand and analyze the key performance indexes of the website which helps in delivering a better user experience for the visitors.
Analytics
Analytical cookies are used to understand how visitors interact with the website. These cookies help provide information on metrics the number of visitors, bounce rate, traffic source, etc.
Advertisement
Advertisement cookies are used to provide visitors with relevant ads and marketing campaigns. These cookies track visitors across websites and collect information to provide customized ads.
Others
Other uncategorized cookies are those that are being analyzed and have not been classified into a category as yet.
SAVE & ACCEPT
Total
45
Share
45
0
0
0
0