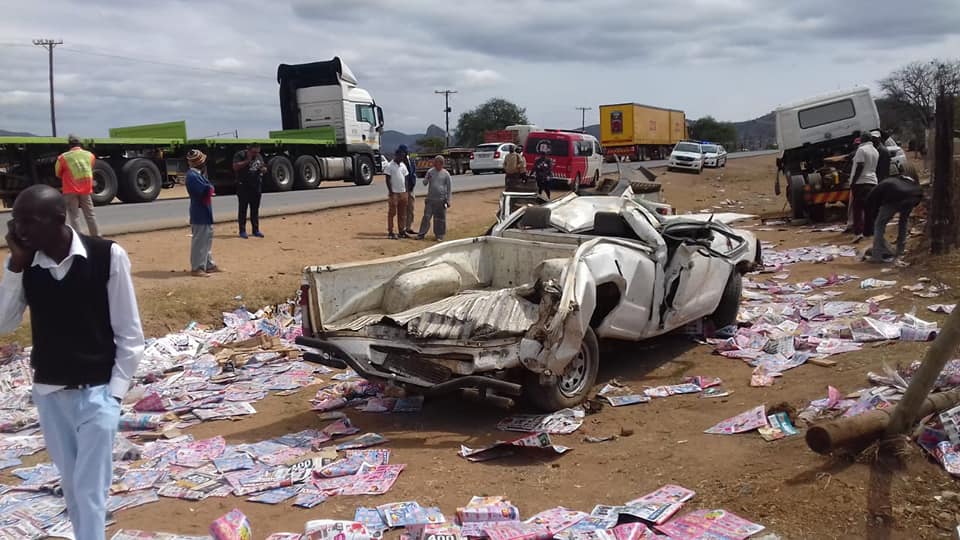 Brake failure has been blamed for a fatal crash between a truck and a bakkie on R81 at Ga-Sekgopo Mopani, Limpopo.

The driver of the truck claims that he lost control due to brake failure and crashed into the bakkie.

The bakkie overturned. A female passenger believed to be 30yrs old died on the spot.

Harrismith – A truck driver was seriously injured when he lost control…