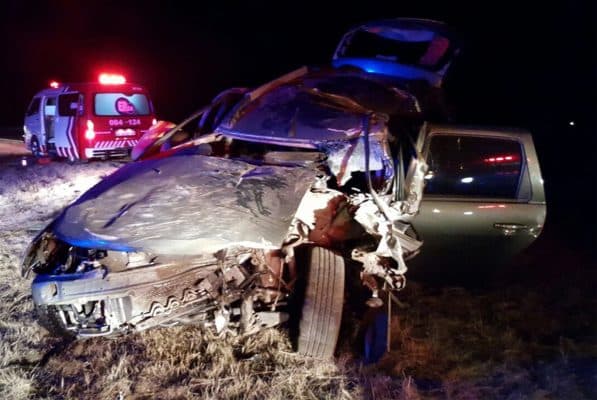 Two men were injured after the vehicle they were travelling in collided with a truck at the Kendal offramp in Witbank last night.

ER24 paramedics arrived on scene and found an SUV in a field. The truck was still on the road.

The passenger of the car was taken out of the vehicle and assessed. The man was found to have sustained serious injuries. The driver who was found lying outside the car sustained moderate injuries.

The men, both in their 20’s were treated and transported to hospital for further medical care. The truck driver was not injured in accident.

The exact cause of the incident is unknown however authorities were on scene for further investigations.