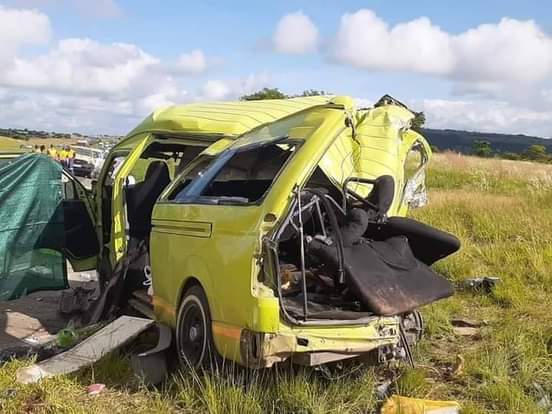 Three people have been tragically killed in a crash this morning, 24 December 2020 after a truck crashed into a broken down taxi on N3 in Estcourt.

The crash occured along the N3, southbound, just before the Ultra City in the Estcourt area.

It is reported that a taxi had broken down, and a truck crashed into it.

Multiple seriously injured passengers were treated on scene by emergency services and taken to the Estcourt Provincial Hospital for further treatment.

A case of culpable homicide is being investigated by the Pietermaritzburg Collision Unit.

This is a worrying trend as public vehicles have been involved in fatal crashes in the past three consecutive days on this route.

A bus driver was killed when his bus collided with a truck at Van Reenens Pass two days ago. Yesterday, another two people were killed when a container fell off a truck and crashed the taxi they were travelling in.

Truck crashes into broken down taxi killing 3 on N3 in Estcourt https://t.co/8lx2PBapct pic.twitter.com/kzGAAS2rpY

Johannesburg – Two people were killed and 15 others injured after three…