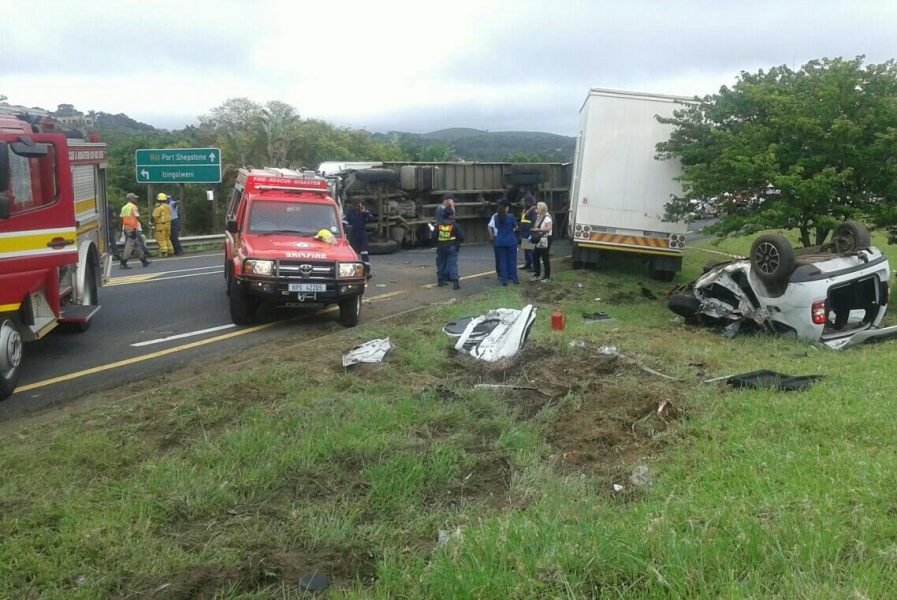 Truck crashes into cars on roadblock killing 6 in KZN

Six people‚ one of them a police officer‚ were killed when a truck careered into cars which had been halted at a roadblock on the R61 near Port Shepstone on the KwaZulu-Natal south coast on Friday.

It is understood that the heavy goods truck slammed into several cars which had come to a stop in the roadway near the Mpenjathi Bridge.

According to a first responder who is not allowed to speak to the media said a police official from Port Edward was killed and five occupants from another car also succumbed to their injuries.

KZN EMS spokesman Rob McKenzie said that several injured motorists were treated and stabilised at the scene before being transported by ambulance to hospitals in the area.

Traffic flow on the arterial coastal route was badly affected by the crash.