Two thugs knocked on his truck window with guns and demanded money.

In panic, he drove off but one of the thugs had already shot him.

The driver lost control of the truck and crashed into a half-built room in Duduza, Ekurhuleni, last Thursday.

The back door of the truck flung open as it landed on the building. Residents tried to loot the truck with the dead driver still inside, but they were stopped by cops.

Two young sisters aged eight and 14, who were watching TV when the accident happened, were lucky to escape.

“We screamed when we heard a big bang and rushed outside through the back door,” said the 14-year-old.

The two girls were home alone at the time.

The truck smashed into the half-built room and the wall crumbled.

Relative Mduduzi Sakayedwa (35) said the driver died at the steering wheel and had his foot on the accelerator.

“There were black fumes coming from the truck, and had not switched off the engine in time, it could have burst into flames. The house could have also burnt down,” said Mduduzi.

He said the driver was already dead.

“There was blood on the seat and it looked as if he had been shot more than once,” he said.

Police spokesman Sergeant Harry Manaka said a murder case was opened and cops were looking for the two suspects.

He confirmed that the man was shot more than three times.

Manaka said the driver’s assistant managed to flee when he heard gunshots.

The two suspects fled on foot and cops have appealed to anyone with information to contact 08600 10111. 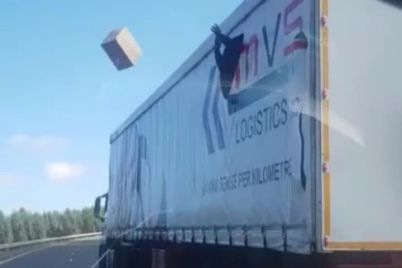 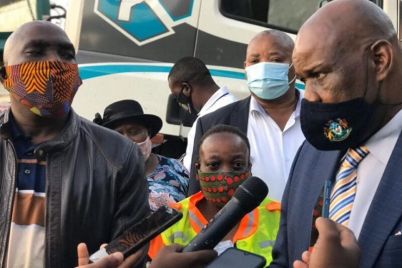 The truck driver in the horrific Jozini crash which claimed eight lives and left 32 others injured, is set to…