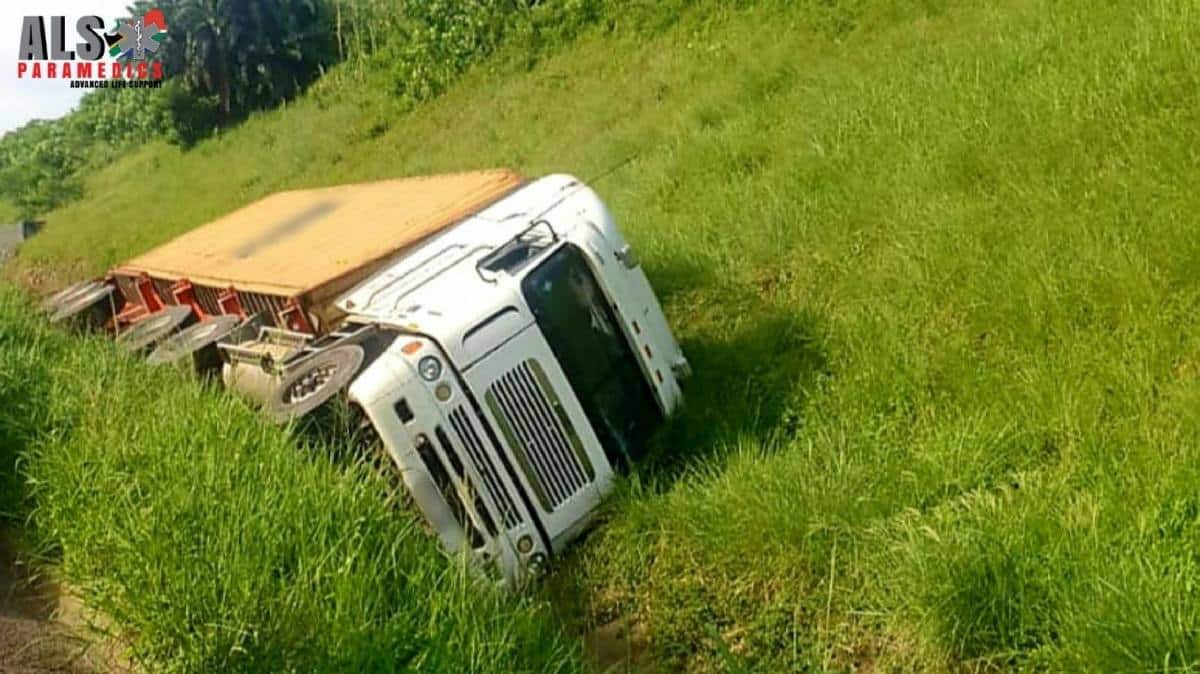 A truck driver has been killed after losing control of his truck and crashing on the N2 north just before the NPC Cement factory in Durban this Sunday morning.

ALS Paramedics Medical Services arrived on the scene to find that a single truck had somehow lost control before leaving the roadway and coming to rest on its side.

The single truck accident happened on the N2 North Bound after the M1 Higginson Highway just after 7 am on Sunday.

“The driver, a male believed to be in his thirties was found lying outside the vehicle,” ALS Paramedics said in a statement.

Unfortunately, the driver sustained fatal injuries and there was nothing more Paramedics could do for him and he was declared deceased on the scene.

At this stage, the events leading up to the accident are unknown however SAPS were on the scene and will be investigating further.

Durban – All four occupants of a water tanker truck were killed…