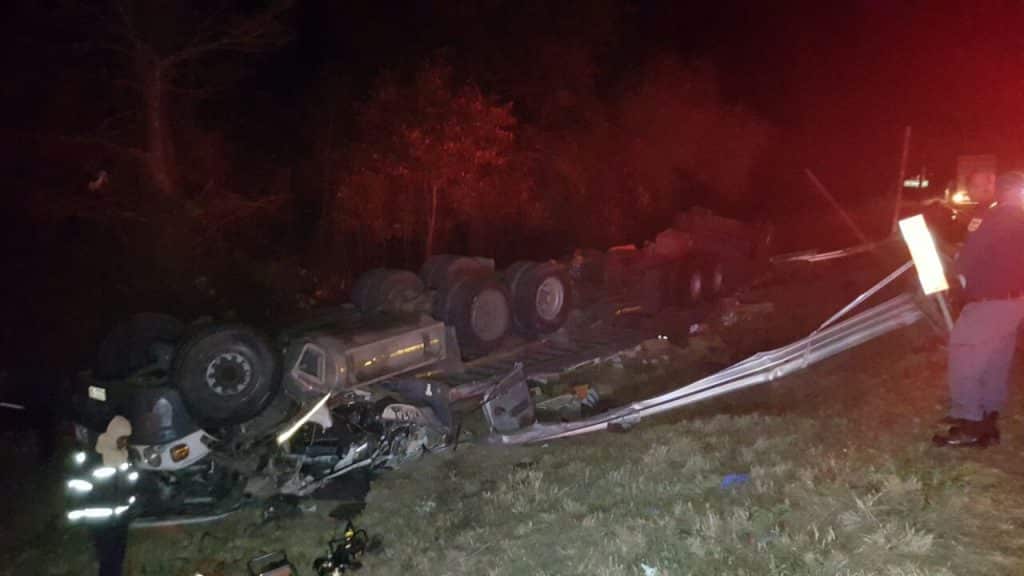 Truck driver killed after his truck overturns in Letsitele

A truck driver was killed on Wednesday night after his truck overturned on the R71 and R529 intersection in Letsitele.

ER24 paramedics arrived on the scene at 19h10, finding the truck lying on the side of the road on its roof.

The truck had sustained a large amount of damage when it overturned, almost squashing the whole cab.

Upon closer inspection, paramedics discovered the lifeless body of a man lying trapped inside the truck.
Rescue services had to use specialized equipment to free the man in an operation lasting four hours.

Once the man was freed, paramedics found that he had sustained numerous injuries and showed no signs of life.

Unfortunately, nothing more could be done for him and he was declared dead.

The exact cause of this incident is not yet known but local authorities were on the scene for further investigations.

Limpopo – Five people have been killed in a truck and car…