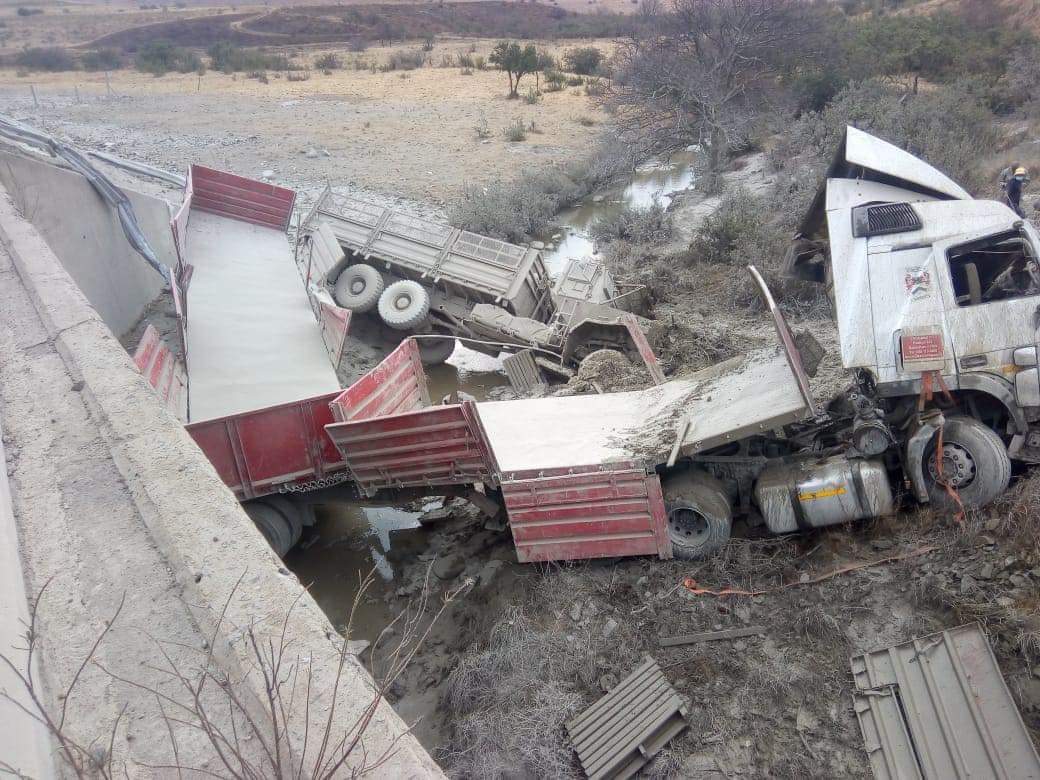 A truck driver has been killed and another seriously injured when their trucks collided on N3 south at the infamous S bends between Harrismith and Montrose.

Emer-G-Med responded to reports of the collision on the N3 South on Tuesday afternoon.

On arrival paramedics found that an SANDF truck had collided with another articulated truck.

One patient was found with minor injuries and one with moderate injuries was transported by EMS.

Unfortunately one patient belived to be one of the drivers was declared deceased on scene.

Eight people were injured in a collision between a truck, taxi and…