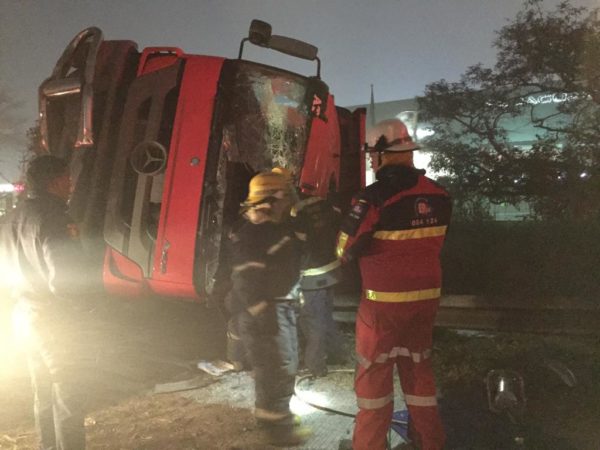 Trucker killed in rock throwing attack on N3 near PMB

A rock throwing attack on N3 has yet again claimed the life of an innocent trucker near Pietermaritzburg.

The 35-year-old truck driver died after he lost control and rolled the truck he was driving on the N3, near the Armitage Road turnoff just North of Pietermaritzburg early this morning.

Apparently, a rock thrown from a bridge caused the man to lose control and crashed.

ER24 paramedics as well as the Fire Department were on the scene just before 5 am to find the truck on it’s side, half in the emergency lane and half down the embankment and the driver entrapped.

Unfortunately, due to the severity of his injuries, by the time the man was extracted from the cab he showed no signs of life and was declared dead on the scene.

SA Truckers who were on the scene reported that there were two other attacks prior to the fatal one.

Two car carrier trucks were also attacked but the rocks missed the target and hit the cars loaded.

The SAPS and Road Traffic Inspectorate were on the scene for further investigations.

Ten people, including three children, died when a taxi and a car…