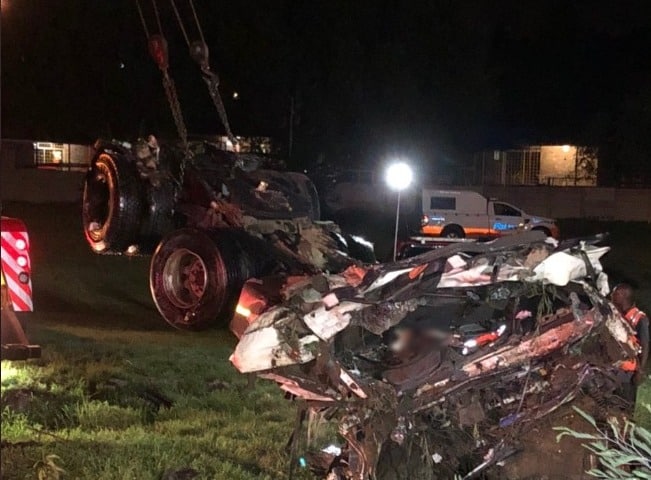 Johannesburg – A truck driver died when he lost control of his truck and crashed into a stream off Comaro Drive, Glenvista in Johannesburg South.

Netcare 911 responded to reports of the collision at 20h38 on Wednesday night.

Reports from the scene indicate that the driver of a heavy motor vehicle lost control resulting in the truck coming to rest against an embankment in a small stream approximately two-hundred meters away from the Comaro Drive T-junction.

When medics arrived on scene the members of the public were already removing some of the freight by hand in order to reach the driver who was also the only occupant.

The patient who was heavily entrapped was assessed by Emergency Care Practitioners but sadly showed no signs of life and was declared deceased on the scene.

The Fire and Rescue Services used hydraulic tools to gain access to the patient however due to the wreckage being so extensive a heavy vehicle recovery team was used to pull the cab away from the embankment.

All necessary authorities were on scene.