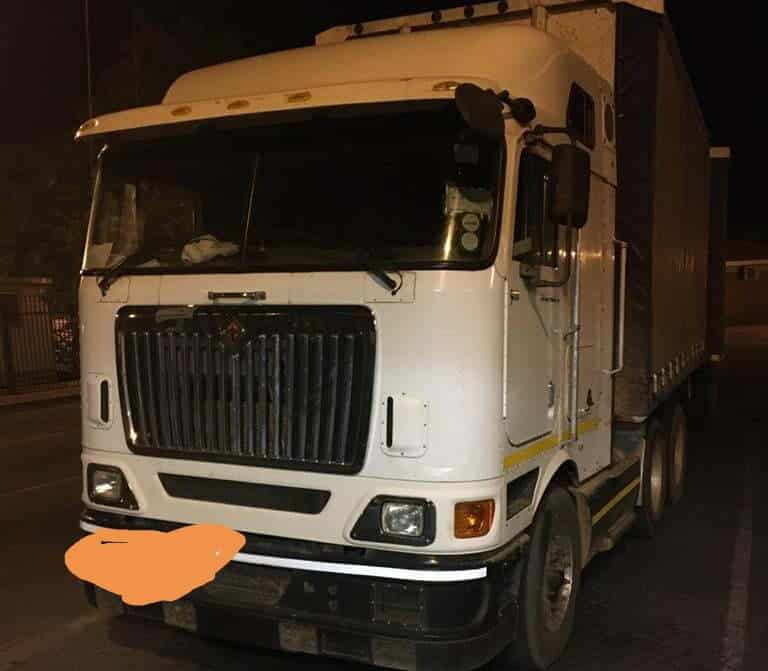 Limpopo – A 27-year-old truck driver was arrested at the Beitbridge border post at around 01h00 on Thursday morning by members of the Limpopo police and the Musina Bomb Disposal Unit.

He allegedly attempted to smuggle explosives into the country. After having been directed to the searching bay, a total of 115 units of blasting cartridges and 100 units of explosives accessories were discovered in the truck.

Police spokesperson Colonel Moatshe Ngoepe said he was arrested immediately. The suspect was reportedly travelling from Zimbabwe to Alberton, Gauteng.

The explosives were carried in packaged boxes and had been loaded inside the truck’s trailer.

The origin of the explosives and motive are not yet known, but police investigations are continuing.

The man is set to appear in the Musina Magistrate’s Court soon on charges of the possession of explosive materials.

In Polokwane, Limpopo, on November 9, three men and a woman were arrested for transporting explosive materials

The explosives were believed to be the same used to blast open ATMs and all three suspects were immediately arrested.

They have since appeared in the Polokwane Magistrate’s Court on a charge of possession of explosive materials.

Albert Gumbo, a 40-year-old Zimbabwean truck driver, was sentenced to 10 years in jail following his conviction and sentencing at the Musina Magistrate’s Court last month.

In July, the Hawks’ Serious Organised Crime Investigation received a tip-off about a truck that was transporting explosives from Zimbabwe into South Africa.

Upon searching the truck, 75 explosive fuse caps and 145 rolls of detonators were found and seized.