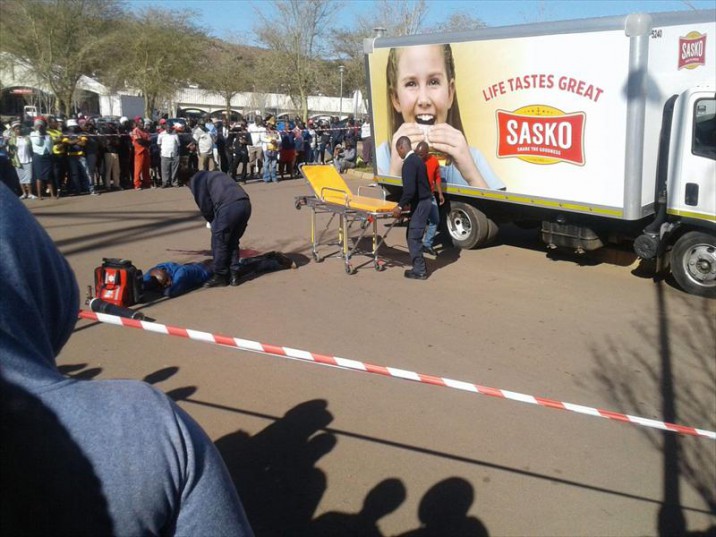 A young robber was shot and wounded in the buttocks in Mamelodi on Tuesday, Pretoria East Rekord reports.

This happened after the 20-year-old man and his accomplice had robbed a truck, said police spokesperson Captain Johannes Maheso.

The truck driver and his crew had stopped to buy food and as they returned two men armed with pistols attacked them. Maheso said one drove off in the truck while the driver and crew tried to fight off his partner. The first robber fled with an undisclosed amount of money after he jumped out of the moving truck.

“He fell on landing and lost the pistol, but got away.”

Maheso said in the scuffle between the crew and the second man ended when the driver wrestled the gun from the robber and a gunshot went off, hitting the man in the buttocks.

“The crew disarmed him and called the police.”

LET OTHER TRUCKERS KNOW WHAT’S HAPPENING BY SENDING PICS, NEWS TIPS AND VIEWS ON WHATSAPP. +260961025625 Include your details and be published or you can choose to be anonymous

Maheso said the man was taken to Mamelodi hospital under police guard.

Former HFR driver, Ningi Dlamini has died, she lost her battle with…