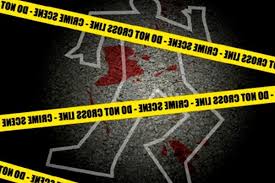 In a daring attack in full view of several witnesses two robbers attacked a Zimbabwean truck driver, killing him on the spot at Clairwood south of Durban.

The sad incident happened after the truck driver had just pulled of and parked on the side of the road and proceeded to buy something in a nearby shop. When he came back he was confronted by the robbers who had broken into his truck and they fought him stabbing him several times at the back and stomach killing him instantly. The two are alleged to have dragged the body into an alley where they were seen covering his body with cardboard boxes before they ran away.

It is not known at stage what exactly was stolen.

No arrests have been made as yet and police are looking for the two suspects.

Clairwood is a suburb south of Durban frequented by truck drivers who either live or work there. Many trucking companies are based there and local businesses have benefited a lot from truckers who pass through daily to and from their workplaces.

Some truck drivers who spoke to our reporter say they are now afraid to park nearer to the South Coast rd businesses since they claim several attacks have been targeted on them when they park to buy food. They further allege that the two suspects are responsible for all the attacks that happen on the South Coast rd stretch from Blamey rd to M4 flyover bridge which is just after Rossburgh station.

Many of the drivers interviewed claimed to have either witnessed the two suspects attack someone or have been victims themselves. The suspects are alleged to be usually armed with knives.

The suspects are known for stealing tarpaulins, batteries, spare wheels and anything that they find on the trucks and they don’t hesitate stabbing anyone who resists their evil actions.