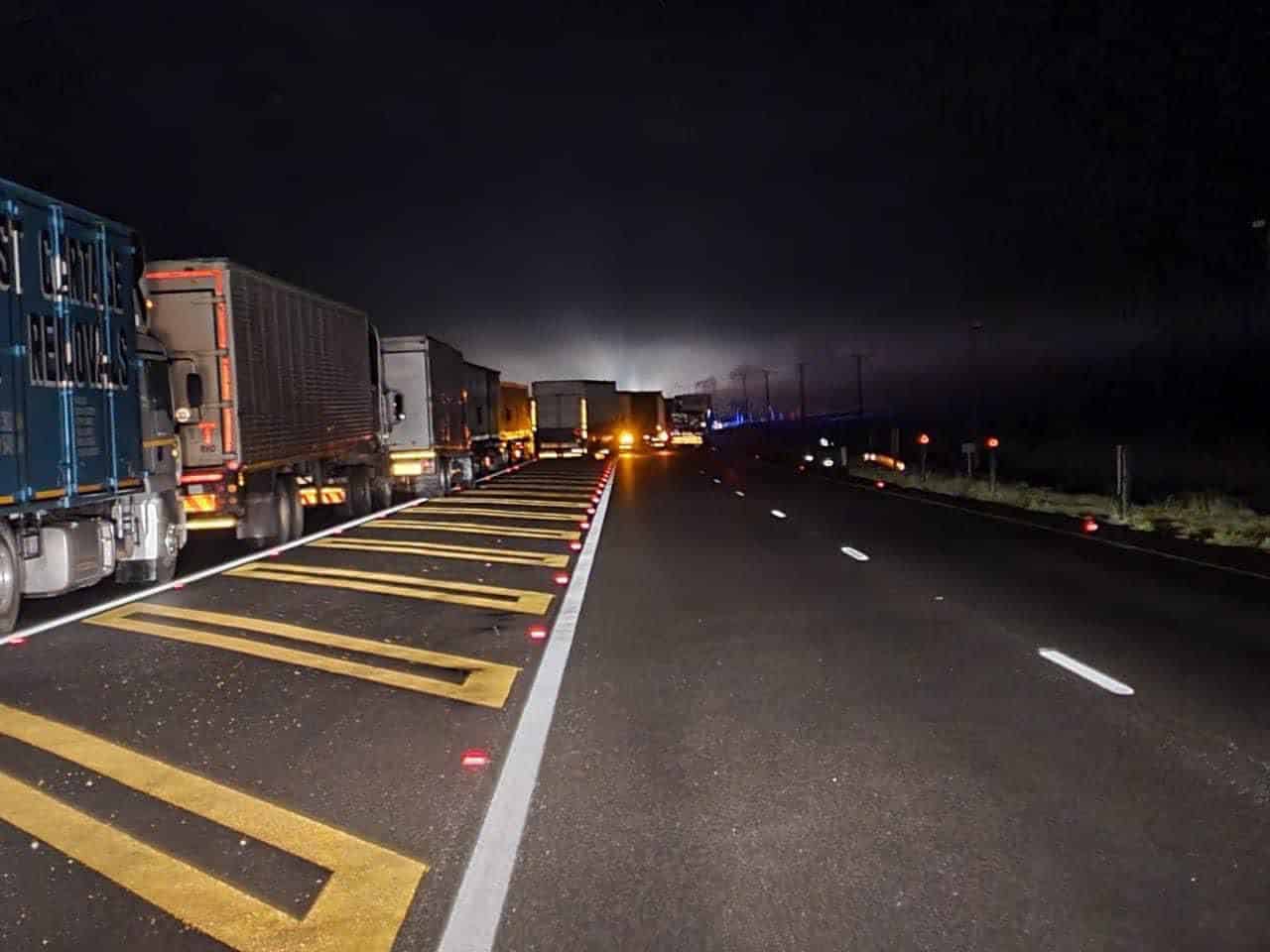 The truck driver strike against the employment of foreign nationals which started with a blockade of the N10 near Middelburg has spread to the N3 between Montrose and Harrismith in Free State.

The N3 is completely closed on both directions by the striking South African truck drivers and no vehicle can pass.

00h35 26/10 #N3Traffic: #Obstruction reported at N3-7X Km 13 near #Montrose. The road is currently closed. Traffic backlog reported between #VanReenen and #Harrismith. Law enforcement is on scene, monitoring the situation. Motorists are advised to delay travel to the area

Truck drivers on the N10 blockade had a meeting with the minister of transport Fikile Mbalula and the minister of employment and labour, Thulas Nxesi yesterday but it yielded no results.

The ministers had promised the truckers that they would take the drivers’ concerns to parliament and provide feedback within two weeks but drivers would have none of it.

“We have had this problem since 2014 and no progress has been made since, so no, with all due respect ministers, if you can’t give us what we want, then let the president come himself maybe he will be able to make a decision,” the truck driver representative told the ministers.

Messages of a national truck driver strike have since started doing rounds within the truck drivers social media groups.

The truck driver strike comes just days before the November 1 municipal elections which will definitely cause problems for authorities.

The N10 has been closed now for over 48 hours and there is no sign a resolution will be found soon.

Transporters are advised not to send trucks onto the N3 until the strike is over. Truck drivers should park at the nearest truck stop to avoid being caught up in the strike.

At this stage, no violence against other truck drivers has been reported and the striking truckers promise it will remain peaceful.

Previously, truck driver protests resulted in drivers being killed and trucks being burnt.