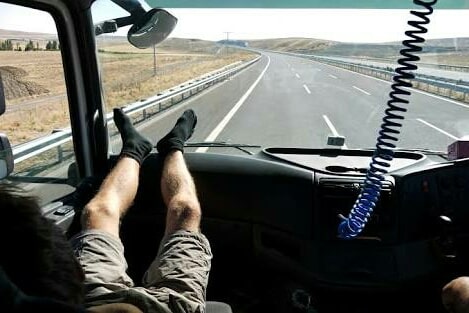 “She removed her top and asked me if I liked what I saw and quickly before I could react she had jumped onto my bed and started acting strange,” said a Durban based truck driver who is sharing his experience to warn others about a woman allegedly extorting money from their victims.

It started when the long distance driver stopped to give a lift to a man and a woman pretending to be genuine hitch hikers on the N3 near Richmond road offramp.

The driver refused to be named because his employer does not allow him to carry passengers.

“When I stopped for the two I thought they were travelling together but upon asking the man he said they were not together and the woman was not going.”

“Surprisingly, while I was still chatting to the man, the woman jumped into the truck from the passenger side and said she was going to Mooi River”

He said he sensed danger after the discrepency on their statements and decided he would take one person only, the woman being the obvious choice since she had already settled in the comfortable Scania R500 seat.

The woman allegedly begged the driver to take the man also, saying he was late to a meeting in Pietermaritzburg, raising further his initial suspicion that the duo were up to no good.

He however succeded to leave the man and carried on with the woman.

As they drove up Town hill in Pietermaritzburg the woman allegedly removed her top and started seducing the driver. She removed her panties and sat legs apart facing him.

The truck driver said he was shocked and could not believe his eyes.

In no time the woman had jumped onto the bed and started caressing the driver.

“That’s when she touched my nerves, I pulled over immediately and told her to jump off or I will scream for help since there was some people passing by near the Hilton offramp,” he said

Instead the woman threatened she would scream first and say he had raped her.

“I brushed aside her threats, walked around and pulled open her door and shouted for her to come out of my truck”

“Luckily for me she came out and I immediately drove off leaving her on the roadside.”

He said he had recalled of the same modus operandi being used before on unsuspecting drivers and decided he should share his experience to warn others.

This modus operandi is highly successful for the suspects because all they need is to have one or both of them into your truck.

Truck drivers are easily fooled by a couple like this because they look like husband and wife.

The woman will accuse you of raping her and demand money so she won’t report to the police.

The man is usually armed and will rob you of your belongings at gunpoint.

The woman can arrange for you to be robbed when you stop to drop her off.

You are more vulnerable if you agree to have sex with her because that is evidence enough for a ‘rape’ allegation.

Please share your advice or personal experience to help others in the comments section.