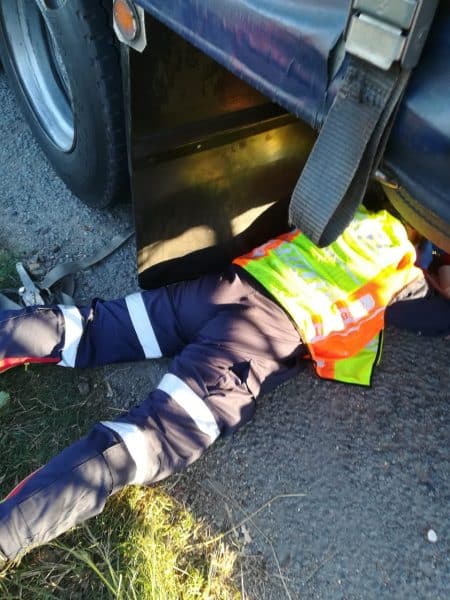 Truck driver trapped under truck on N3 in Pietermaritzburg

Durban – At 16H16 Sunday afternoon Netcare 911 responded to reports of a collision on the N3 Near the Ashburton offramp.

Reports from the scene indicate that a truck had pulled off onto the side of the road due to a mechanical problem.

The driver of a truck an adult male, went under the truck to inspect the suspension when a shock absorber failed crushing his arm in between the metal components.

Specialised equipment was used to free the man trapped under the truck.

The man was treated on scene for fractures, once stabilised he was transported by ambulance to hospital for further treatment.

Durban – There is chaos on the roads around Richards Bay on…

Over 200 military trucks, trailers, Nyalas and other military equipment burned to…
Total
9
Share
9
0
0
0
0