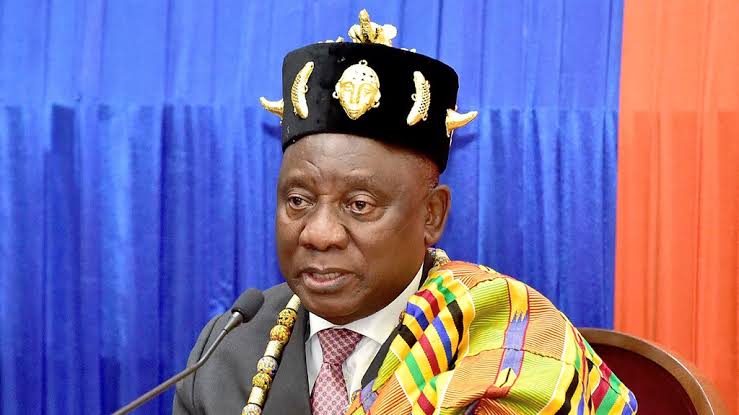 Truck Drivers Who Block Roads Must Be Arrested And Dealt With Heavily, says Ramaphosa

President Cyril Ramaphosa has condemned the blocking of roads by protesting truck drivers saying it amounts to economic sabotage and the perpetrators should be arrested.

Ramaphosa said the truck drivers’ protest was one of the first things he planned to address on Wednesday, after returning from his West Africa tour.

“It is one of the number one issues I am going to deal with when I come back home,” Ramaphosa said in an interview at Gorée Island in Senegal on Tuesday afternoon.

12 people, a majority of them truck drivers, were arrested in connection with a protest that severely disrupted traffic on the key N3 corridor between Gauteng and KwaZulu-Natal.

The highway was fully reopened on Saturday after truck drivers barricaded the toll route from 3 am on Friday, causing major disruptions at Van Reenen’s Pass.

Truck operators said the government’s alleged failure to provide feedback on the employment of foreign drivers had ignited the protest action.

The drivers appeared in the Ladysmith magistrate’s court on Monday, were charged with contravention of the Criminal Law Amendment Act and the Road Traffic Act.

They were remanded in custody and will be back in court for a formal bail hearing on December 10.

“To go commit sabotage like that on a major artery of our economy is tantamount, as far as I am concerned, to economic sabotage.

“It’s an act that we are going to be coming down on heavily. We can’t continue to allow such a situation. It happened while I was here, and a clear instruction is that road needs to be cleared and those who are responsible should be arrested so law and order become the order of the day.”

Ramaphosa acknowledged there was a group of people disgruntled about the continued employment of foreign nationals.

“The ministers have been in discussion and have even set up an interministerial committee to address that from all points of view.”

Ramaphosa said the ministers would report back to him so the government could decide how best to resolve the matter.

“Obviously the truckers want quick answers. They want answers on issues that are of great concern to them. We are addressing that to avoid a situation like what we saw recently because it is completely unacceptable,” he said. This website uses cookies to improve your experience while you navigate through the website. Out of these, the cookies that are categorized as necessary are stored on your browser as they are essential for the working of basic functionalities of the website. We also use third-party cookies that help us analyze and understand how you use this website. These cookies will be stored in your browser only with your consent. You also have the option to opt-out of these cookies. But opting out of some of these cookies may affect your browsing experience.
Necessary Always Enabled
Necessary cookies are absolutely essential for the website to function properly. These cookies ensure basic functionalities and security features of the website, anonymously.
Functional
Functional cookies help to perform certain functionalities like sharing the content of the website on social media platforms, collect feedbacks, and other third-party features.
Performance
Performance cookies are used to understand and analyze the key performance indexes of the website which helps in delivering a better user experience for the visitors.
Analytics
Analytical cookies are used to understand how visitors interact with the website. These cookies help provide information on metrics the number of visitors, bounce rate, traffic source, etc.
Advertisement
Advertisement cookies are used to provide visitors with relevant ads and marketing campaigns. These cookies track visitors across websites and collect information to provide customized ads.
Others
Other uncategorized cookies are those that are being analyzed and have not been classified into a category as yet.
SAVE & ACCEPT
Total
60
Share
60
0
0
0
0