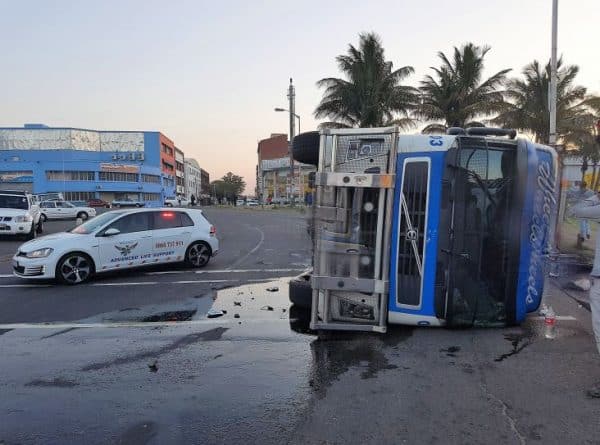 TRUCK ROLLS INJURING ONE IN DURBAN

One person has been injured when the truck he was driving overturned at the corner of Moore Road and Mutual Lane in Durban at around 5pm this afternoon.

The truck overturned and rested on its side.

Paramedics arrived on scene to find that the driver had sustained moderate injuries when the truck he was in overturned in the intersection. The driver was stabilised on scene before being transported to a nearby hospital for the further treatment he required. Traffic was severely affected while the recovery of the truck went on.

At this stage it is unclear what caused the truck to overturn but authorities were on scene and will be investigating further.