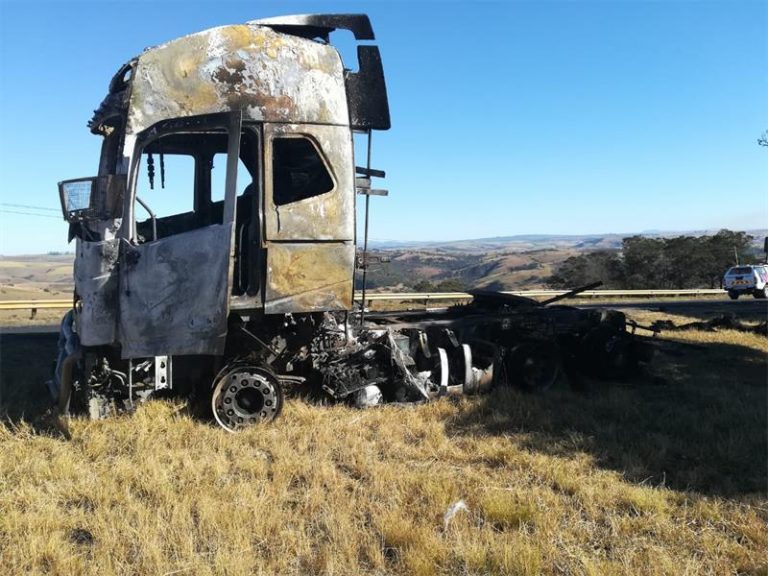 Durban – A truck was set alight at Tufugezi near Izingolweni on the N2 at about 3am.

According to a to Lazer 911 Security, the driver, a South African citizen, said two vehicles stopped in front of the truck.

It’s the second similar incident on the South Coast in the past few weeks.

Police spokesman, Lieutenant-Colonel Thulani Zwane confirmed the incident, saying that the driver and his conductor were not harmed.

“A case of armed robbery and malicious damage to property was opened at Ezinqoleni police station,” he said.

He added that the driver and conducted had been threatened at gunpoint and the truck burnt.

It’s believed the truck had run out of diesel and, while the crew waited, they were approached by a group of men who forced them out of the truck.

“These men then offloaded pellets from the truck into their vehicles before setting it alight, said Lt-Col Zwane.

No arrests have been made yet.

He added that police would be doing patrols along all major routes.

At least 46 South African National Defence Force (SANDF) soldiers sustained injuries…
Strictly NO PASSENGERS of whatever sort and I happily obey. But this…