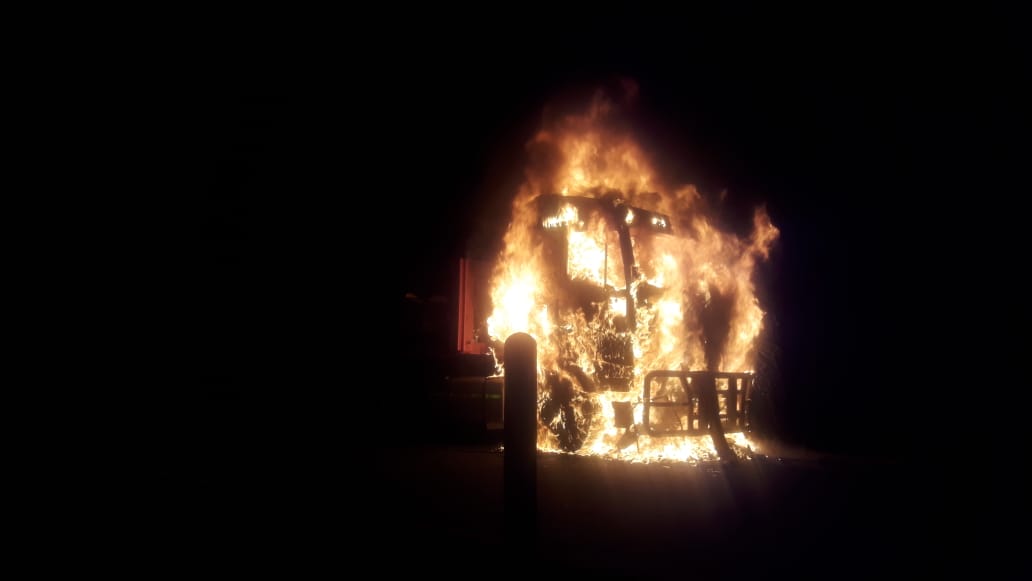 Truck set alight with driver inside in Touws River

A 50-year-old man sustained serious burn wounds when his truck was set alight along the N1 approximately 10km outside of Touws River during the early hours of this morning.

At approximately 1am on Sunday morning, paramedics from ER24 came across the incident where they found the man’s truck well alight on the side of the road.

The man was found some distance away from his truck.

He had sustained serious burn wounds and a possible injury to his ankle.

He explained to paramedics that he and his brother pulled over on the side of the highway with their trucks to rest.

While he was sleeping, a petrol bomb was thrown through one of the windows of his truck’s cab, setting it alight.

They managed to jump out of the truck and was apparently chased by an unknown number of men who threw another petrol bomb directly at him.

He was treated by paramedics on scene and later rushed to Mediclinic Worcester for further care.

Local authorities are investigating the matter.

During the same night there have been reports of several attacks on trucks in KwaZulu Natal which saw at least 13 trucks burnt.

The Cybercrimes Bill, first mooted in 2017, has undergone a number of…
FREE STATE – A 42-year-old tanker truck driver has been arrested near…