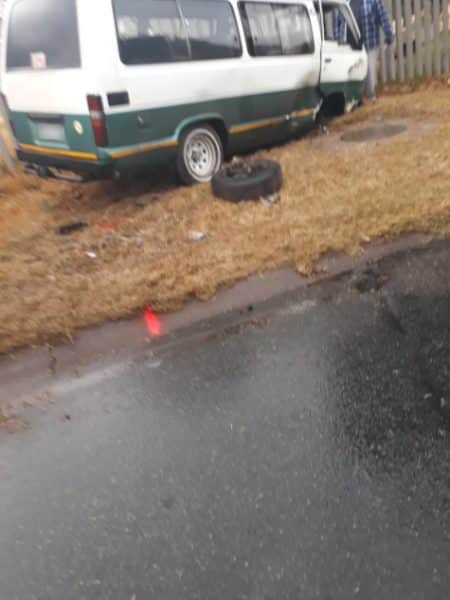 Two people have been killed and twenty others injured this morning following a collision between two taxis and a truck on Power Road in Germiston.

ER24 paramedics arrived on the scene shortly after 07h00 to find several services on scene. One taxi and truck were found in the middle of the road while a second taxi had come to a stop on the side of the road. Most of the occupants had climbed out of the vehicle while others were still seated inside the vehicle.

Upon closer inspection, paramedics discovered the bodies of a man and woman lying motionless in front of one of the taxis.

Unfortunately, both patients had already succumbed to their injuries. Nothing could be done for them and they were declared dead.

Twenty other patients were attended to on the scene. Assessments showed that the injuries sustained ranged from minor to critical.

Paramedics treated the patients and provided the critically injured with advanced life support interventions. Once treated, the patients were transported to various hospitals for further treatment.

Durban – Following a warning by the South African Weather Service of…